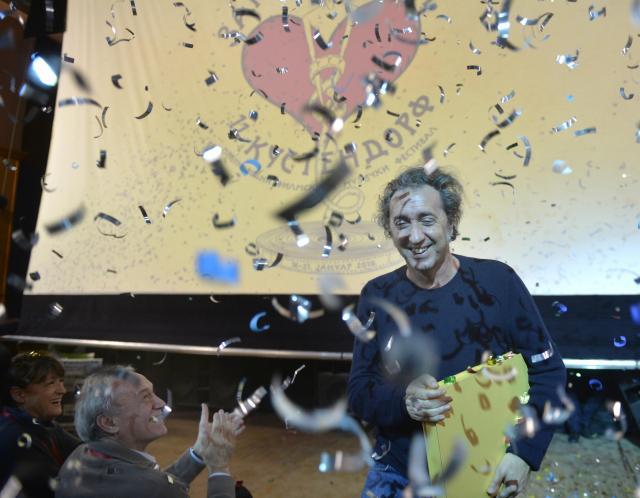 Sorrentino in Drvengrad on Tuesday (Tanjug)

The event, founded by Serbian filmmaker Emir Kusturica, is held each year in the village of Mokra Gora, on Mt. Zlatibor, in the west of the country.

Sorrentino declared the festival open after he received the Tree of Life Award for Future Films.

Kusturica presented the award and said that Sorrentino was "currently the best film director in the world who has developed his own poetics and language from Italian neorealism and poetic French realism" - which Kusturica described as the two most significant directions in European cinema, Tanjug reported.

Sorrentino said he was grateful and happy to receive the accolade.

"I am very happy to be here and I'm glad that I arrived by helicopter. I hope the child in me will find joy here," said the Italian director, who on Wednesday held a workshop for students and young authors.

Kusturica previously said that this time in Drvengrad (Mecavnik) - the venue of the festival - he was trying to bring together "the greats, and those who will become that" and that this year's edition stands out thanks to the idea of "fiction turning into reality with the help of fiction."

Minister of Culture and Information Vladan Vukosavljevic spoke at the opening ceremony last night, noting that "the light from Mecavnik illuminates Serbian culture."

The opening was also attended by last year's winner of the main prize at the Cannes Festival, Swedish director Ruben Estlund.