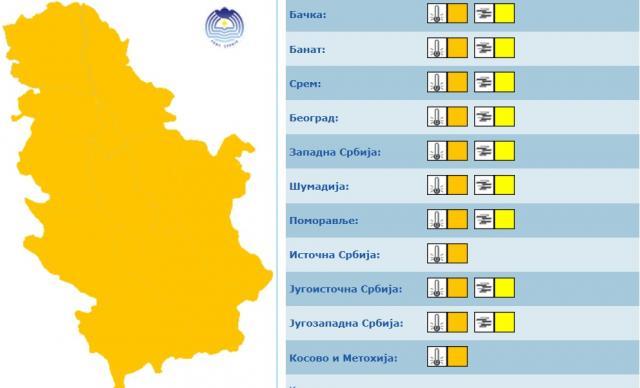 Light snow is also possible in places, mostly in the south, while it will be sunny on taller mountains, the Hydro-Meteorological Institute (RHMZ) has announced.

Belgrade will have similar weather today.

Forecasts show that weather will remain cold in the coming days - below 0 degrees around the clock in most areas - with strong frost in places on Friday and Saturday, and fog in the morning.

It will get warmer early next week, with rain or snow in some parts of the country starting from Tuesday.

Orange meteoalarm ("dangerous weather") will remain in force on Friday and Saturday due to extremely low temperatures.