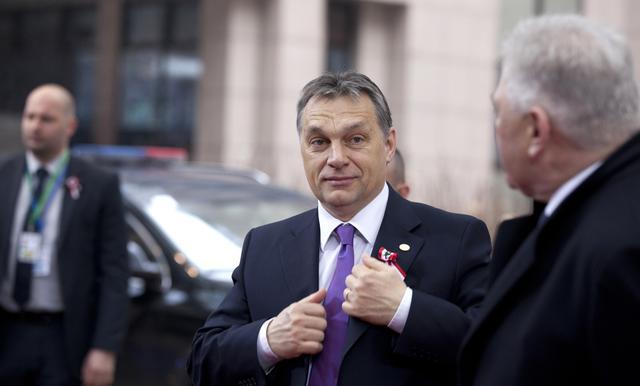 He characterized relations with Serbia as "well balanced."

MTI agency is reporting that when it comes to Croatia, Orban stated: "We are trying to restore relations to normal, which is not easy since the have previously been damaged."

Commenting on relations with Slovenia, Hungary's prime minister said that they had been neglected, but added he "nurtures the hope for better cooperation in the future."

"In the case of Ukraine, it is unclear when the country will become a constitutional state with a Western economic structure," said Orban.

"It is the interest of Hungary, however, that there is always 'something' between Russia and Hungary, that is, we should not have a common border with Russia," he has been quoted as saying.

Orban added the EU will discuss mid-year whether Russia had fulfilled the conditions from the Minsk agreement, "on which depends the lifting of the (anti-Russia) sanctions."