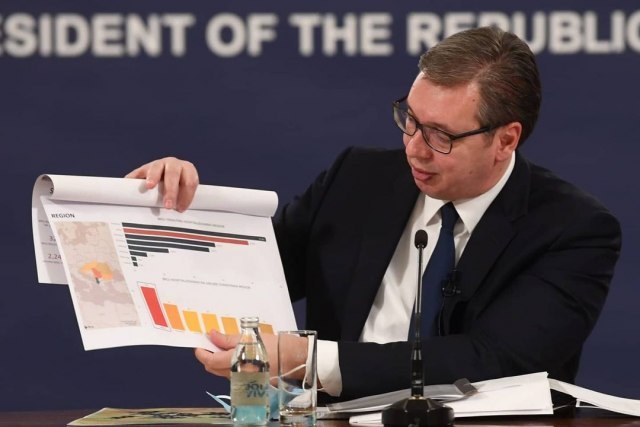 "Having in mind the international and regional circumstances, the realization of that task will not be easy, but I am convinced that by working together we will succeed in achieving our goals and guaranteeing people security and a secure future," Vucic said.

He also looked at the other goals he sets.

"The second goal is to preserve the health of the citizens of Serbia and the fight against COVID, while the third is to improve the living standards of citizens from increasing salaries and pensions to improving air quality and building roads," Vucic said.

He added that the second goal includes, in addition to increasing the salaries of health workers, the construction of new hospitals and clinical centers.

He referred to the vaccination of the population of Serbia.

"We expect another 76-77.000 Pfizer vaccines. I believe that during January we will vaccinate most people who work in the COVID system and thus protect our health system. We expect the first quantities of vaccines to arrive from Russia before the end of the year, but we are waiting for the Medicines and Medical Devices Agency of Serbia's permission", he said, adding that vaccines are expected from other manufacturers with which Serbia is negotiating.

"No one from the Western Balkans has the vaccine, no one except Serbia. It will only be available in January, and we started with immunization before some in the European Union," he added later.

He also responded to the accusations of the Albanian side due to the vaccination of the Serbian population in Kosovo and Metohija.

"We continue to take care of our people in Kosovo and Metohija. We do not endanger anyone, we did not send cannons but vaccines. We are ready to send vaccines to Albanians as well," he said.

He announced the continuation of the European integration process.

When asked by journalists to choose the three best things in 2020, he stated that they are the construction of hospitals and health facilities, the Preljina-Pozega highway and the Belgrade-Novi Sad railway, Belgrade Waterfront, and the fact that Serbia is the first in Europe in terms of growth rate.

He chose as the three worst the large number of people we lost because of COVID pandemic, the destruction of the lives of the elderly and the worse economic results due to the epidemic. When asked about the dialogue between the government and the opposition, he stated that he is in dialogue every day.

As for relations with countries in the region, Vucic reiterated that Serbia will not interfere in the internal affairs of other countries. As for Montenegro, he says that he expected a change in the decision to expel the Serbian Ambassador, but not a change in the issue of the so-called independence of Kosovo. 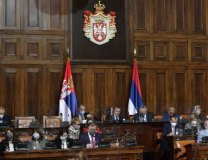