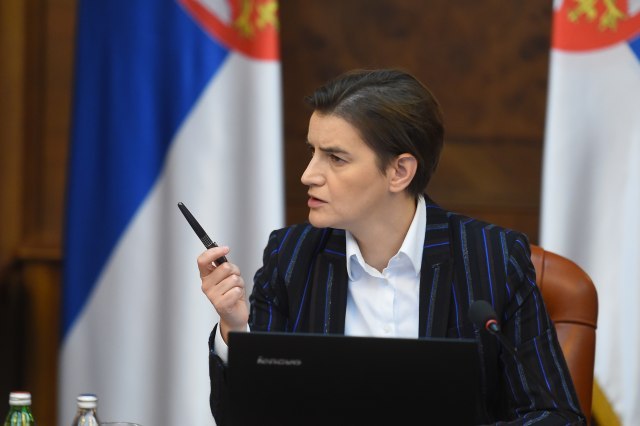 Serbian Prime Minister also thanked the public for their reaction, as well as to some of the opponents of President Aleksandar Vucic.

"Thanks also to those who do not share Vucic's standpoints and views, who responded to this, like Slobodan Georgiev, who said that there were red lines that should not be crossed", Brnabic said during her appearance on Pink television.

She also thanked Liberal Democratic Party Chairman Cedomir Jovanovic for the tweet he had posted.

She said that the entire editorial staff of that weekly is behind the front page of NIN, and that "the publisher should see what happens next".

According to her, that front page is "legitimizing the fact that you can do whatever you want to President Vucic".

She said that among a hundred photos they had on their disposal, NIN chose the one where the sniper is aimed at the president.

Just to recall: NIN published on the front page of its latest issue, which has been released today, a photo of a shotgun aimed at the President of Serbia. After strong reactions, NIN removed a cover photo from its site, but the text remained unchanged.