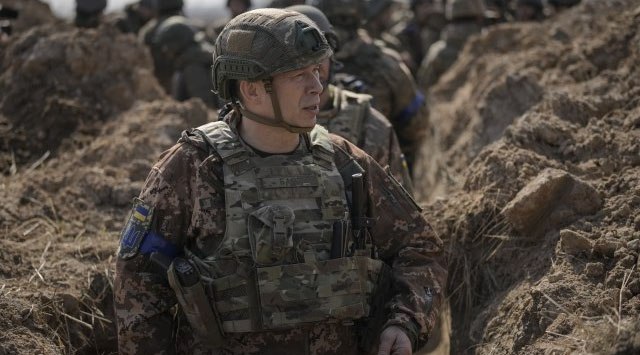 Negotiations between Russia and Ukraine were held in Istanbul on Tuesday. Both delegations seem to have relented and it could be seen that things slowly grow into an agreement.

This morning, Donetsk and Lugansk were shelled, a residential building was hit, and the LNR representative office announced that last night, Ukrainian forces fired a rocket from the "Point U" missile system at Lugansk.

UN officials warn that there could be thousands of civilian casualties in Mariupol since the bombing started.

The unilateral sanctions imposed by the West on Russia are leading to a global economic crisis of historical proportions, said the permanent representative of Russia to the UN, Vasily Nebenzya, at the session of the UN Security Council on the humanitarian situation in Ukraine.

Russian forces hit industrial facilities in the Khmelnytskyi region in western Ukraine during the night, said regional governor Serhiy Hamaliy. Hamaliy did not specify which facilities were affected, but stated that the fires were localized.

Lavrov with his Chinese counterpart

During today's talks in Beijing, the Ministers of Foreign Affairs of Russia and China, Sergei Lavrov and Wang Yi, pointed out the counterproductive nature of illegitimate unilateral sanctions imposed on Russia by the United States and its allies, the Russian Ministry of Foreign Affairs announced.

"The ministers exchanged views on the situation in Ukraine in detail. The head of Russian diplomacy informed his Chinese counterpart about the progress of the special military operation of the Armed Forces of the Russian Federation and the dynamics of the negotiation process with the Kyiv regime," the ministry said.

Sirens and explosions in Kyiv

Explosions echoed again near Kyiv this morning, reports the BBC. The British public service states that the day in the capital of Ukraine started with alarm sirens, after which loud explosions were heard from the direction of the suburbs.

The vibrations, as it is added, were also felt in the center of Kyiv. A BBC correspondent based in Kyiv wrote on Twitter that the sounds of artillery could be heard from the outskirts of the city. He noted that it is not clear whether the explosions were caused by Russian or Ukrainian forces, or both.