BELGRADE -- Prime Minister Brnabić says that at this moment, the main suspects in planning assassination of President of Serbia are beyond reach of our security services.

BELGRADE -- Prime Minister Brnabić says that at this moment, the main suspects in planning assassination of President of Serbia are beyond reach of our security services. 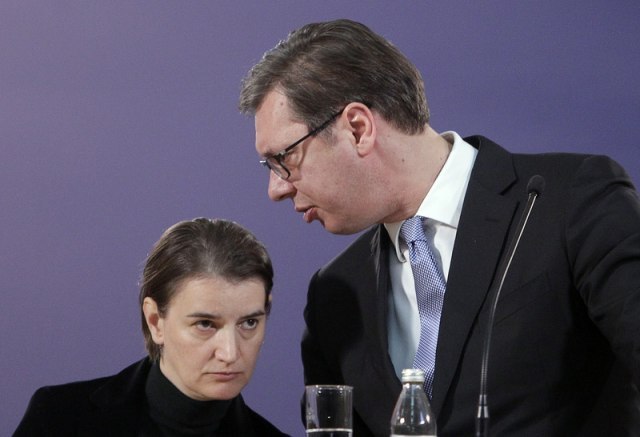 Among them are two Montenegrin citizens, but also citizens of the countries from and outside the European Union.

Ana Brnabić, hosted on RTS Daily news, said that our services are working day and night to find those who planned the assassination of the President of Serbia.

"What is important for me to emphasize for all our citizens - still at this moment, all those who are suspected and for whom we have evidence, are beyond the reach of our security services. So, we cannot reach them," Brnabic said.

According to her, two Montenegrin citizens, but also people from other countries - both inside and outside the European Union - are involved in planning the murder of Aleksandar Vučić.

"I absolutely trust our security services, they do not have an easy task, they have an extremely difficult task, all security services work together - everyone is doing their best. I believe that we will prevent this. Do I feel safe at this moment - no, I don't feel safe. We still have a lot to do, we haven't removed the security threat to the life of President Aleksandar Vučić. I believe we will, but we have to work day and night".

Asked if she has confidence in those who directly provide security for the president, the prime minister said that his security is currently at its maximum.

"There are several security rings around President Vučić. I have no information that appeared in the media that we have such doubts... I strongly believe that the guys who are in the immediate security would give their lives for him at any moment, they are serious professionals, serious patriots, and they seriously personally devoted to the president", said Brnabić and pointed out that, besides the president and his family, it is the most difficult for them.

She also said that Serbia is grateful to foreign partners with whom it cooperates and exchanges information. Among others, EUROPOL, from which the Ministry of the Interior received information on January 14 that a criminal group was organized with the aim of assassinating the President of Serbia, headed by the leader of the Kavač clan, Radoje Zvicer.

"We share information and we are fighting for President Aleksandar Vučić to be safe," said the Prime Minister. She added that the caution at the borders is maximally strengthened, because it is believed that those who are planning an attack on the president will try to enter our country from abroad.

"They certainly have their hideouts in the Republic of Serbia... They are under direct supervision, but what is a problem for me - all those who are in charge and involved in this are not within the reach of our security services", Prime Minister said. Asked if Radoje Zvicer has a political mastermind, Prime Minister replied:

"I am absolutely sure that there is a political mastermind behind all this... He could not become so strong, to branch out his network in such a way, he could not have become one of the most notorious criminals in the world if he did not have and does not have such support," Brnabic concluded.