TAIPEI -- Taiwan will not give in to pressure and no one can force it to accept the path that China has laid out for it, said the president of that country, Tsai Ing-wen.

TAIPEI -- Taiwan will not give in to pressure and no one can force it to accept the path that China has laid out for it, said the president of that country, Tsai Ing-wen. 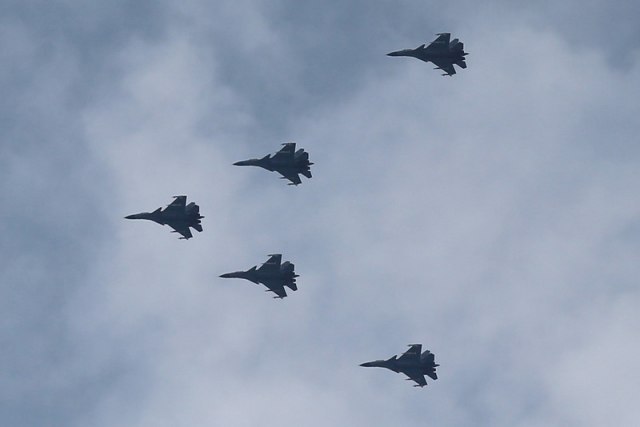 This country is not internationally recognized, and China regards it as part of its territory.

Tsai said this during a speech on Sunday in front of the Presidential Palace in Taipei at the celebration of Taiwan's Statehood Day, where the 110th anniversary of the revolution that ended the last Chinese imperial dynasty was marked.

The Taiwanese president pointed out that she hopes Taiwan would not “act rashly” but “there should be absolutely no illusions that the Taiwanese people will bow to pressure", which is obviously a signal to Beijing, which, according to experts, is afraid that Taipei will soon unilaterally declare independence. Also, Taiwan is facing the "most complex situation" in the last 72 years, i.e. since the end of the Chinese Civil War due to Chinese air force incursions into Taiwan’s air defense identification zone.

“We will continue to bolster our national defense and demonstrate our determination to defend ourselves in order to ensure that nobody can force Taiwan to take the path China has laid out for us,” the Taiwanese leader added.

“This is because the path that China has laid out offers neither a free and democratic way of life for Taiwan, nor sovereignty for our 23 million people", she said at the island's national day celebration.

“We will do our utmost to prevent the status quo from being unilaterally altered,” President Tsai concluded, CNN reports. The statement of the Taiwanese president was a response to the message of Chinese President Xi Jinping, who stated only a day earlier that "the historical task of complete unification of the homeland must be fulfilled and will definitely be fulfilled."

“No one should underestimate the Chinese people’s strong determination, will and capability to safeguard national sovereignty and territorial integrity,” Xi declared.

Xi stressed that "unification in a peaceful way is best for the overall interests of the Chinese nation, including its Taiwanese compatriots," but that China will "protect its sovereignty and unity."

“Taiwan’s independence separatism is the biggest obstacle to achieving the reunification of the motherland, and the most serious hidden danger to national rejuvenation,” the Chinese leader said at the celebration of the anniversary of the Chinese Revolution, reports BBC.

In those four days, almost 150 fighter planes of the Chinese Air Force, bombers capable of carrying nuclear weapons, anti-submarine planes and planes for early warning and control, flew into the air defense zone of unrecognized Taiwan. Last Monday alone, Beijing sent as many as 56 military planes to Taiwan, CNN claims.

Although Chinese planes have not come close to what Taiwan considers its sovereign airspace - 12 nautical miles off its coast - they have entered an area where Taiwan reserves the right to respond to any intrusion. That response can range from radio warnings, anti-aircraft missile surveillance or interception by fighter jets.