"The minister is serious"; Mandatory military service next year?

"The minister is serious"; Mandatory military service next year? 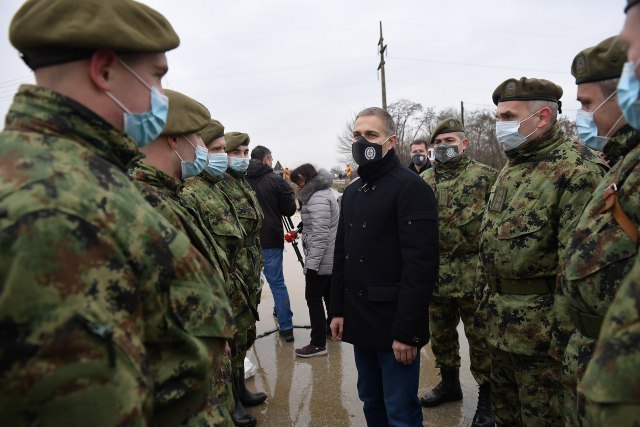 Miladinović, in his capacity as the Chairman of the Assembly of the Club of Generals and Admirals of Serbia, said that a sufficient number of young people do not apply for voluntary service, as well as that, unfortunately, there is a "dropout" among professional soldiers.

Miladinovic said in the Belgrade Chronicle that some changes have taken place internationally since the time of the frozen military service, citing the membership of North Macedonia and Montenegro in NATO, the situation in Bosnia-Herzegovina pertaining to the Republika Srpska and the situation that the leadership in Pristina does not recognize international treaties they have signed.

"But all that would not significantly affect the need to renew military service, as much as the dropout of reserve personnel affects us. Every year we practically lose two generations - one generation that was not trained, and the other that is too old. In these ten years, we have lost 10 generations, meaning about 30.000 a year, and at the same time we lost 10 generations of people who stopped being drafted", Miladinovic explains.

As for the possibility of voluntary service, he states that not enough people apply.

"A sufficient number of young people do not apply for voluntary military service in relation to the planned number," Miladinović states and assesses as absurd that the polls show interest.

When it comes to professional soldiers, the general adds, they are paid relatively low, so there is a certain lack of interest there as well. "Unfortunately, there are also dropouts, primarily due to living conditions - financial income and obligations that they need to fulfill," Miladinovic says, emphasizing that the interest in the south of Serbia in the Ground Security Zone is higher than in Belgrade. "There are already vacancies in the barracks".

He points out that the army and the costs associated with it must be considered in the long run. "Money that is invested in the army, someone will say is 'thrown into the well', but the army is not for today or tomorrow, but for the next 15 or 20 years," Miladinović emphasizes.

He agrees that the figure of 50 million euros is something that is realistic in order to create conditions for military service, but he points out that he knows for sure that there are vacancies in the barracks in Sombor, Pozarevac, Valjevo, Leskovac and Vranje due to unfilled places for soldiers under contract and soldiers on voluntary service.

"In the beginning, we can fill those formation positions in the mentioned barracks," Miladinović believes and reminds that this is not about the beginning, but about renewing military service.

As for conscientious objection, Miladinovic believes that the number of people who invoke it is negligible. He estimates that it would be enough for the term of service to last from three to six months, and points out that less than three months would be insignificant, because nothing can be learned during that time.

Asked how serious this story is and whether the new Minister of Defense supports the reintroduction of military service and whether the Ministry is working on a study, Miladinovic points out that he was at a reception with the current Minister Stefanovic on the occasion of the Day of Military Veterans on December 4, when they discussed this topic.

"I openly claim that Minister Stefanović is in favor of renewing military service, and in that sense appropriate preparations are being made," Miladinović states, pointing out that there is no need for some major changes and innovations, only the number would increase, which would be a greater guarantor of peace.