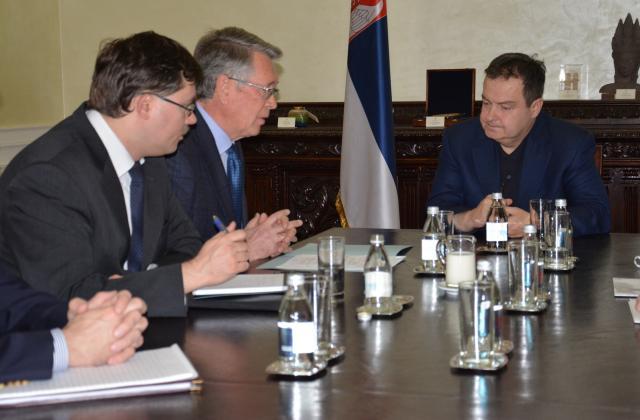 "The level of trust and the high dynamics of contacts between Russia and Serbia showed in a convincing manner that bilateral relations were developing continually and productively," Lavrov said in his message, delivered on Tuesday by Ambassador Aleksandr Chepurin.

The Serbian government also announced that Dacic and Chepurin also discussed today "activities and plans for further development of bilateral cooperation in the coming period, with a special accent on the upcoming visit of Lavrov to Belgrade on February 21-22."