"Get ready. An attack from the EU is coming. Brussels won't choose the means"

Hungary should be prepared for serious attacks from the EU, said the Minister of Foreign Affairs of that country, Péter Szijjártó. 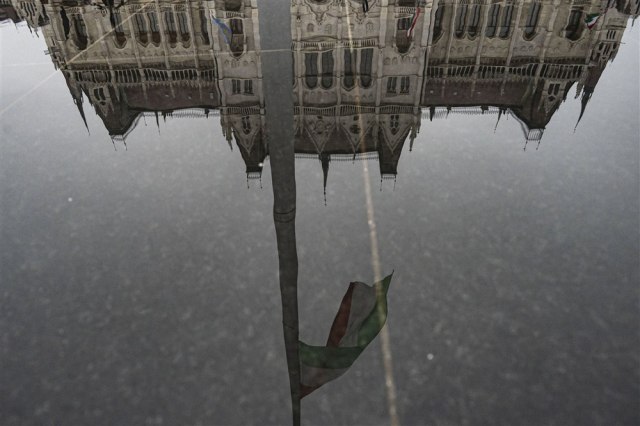 "Brussels and the liberal propaganda machine" do not choose the means and will use all kinds of blackmail against Budapest", he said.

"Now there is practically no blackmail that Brussels did not resort to against Hungary. They always attacked us, attacked us furiously, but in the end, it always turned out that we were right. And in the coming period, of course, we need to prepare for future serious attacks," said Szijjártó in a speech at the Civic Solidarity Forum.

The minister expressed his conviction that Brussels and the "international liberal propaganda machine" will use unscrupulous means.

"Money blackmail, political blackmail, the spread of fake news and lies - all this will follow," he warned.

Szijjártó recalled that for the last 12 years, Budapest's anti-crisis policy has never been in the "mainstream" of the European Union, "but it has always been successful".

According to him, Hungary erected a fence on its southern border when it was asked not to accept migrants, bought vaccines for COVID-19 from Russia and China, when the EU was waiting for preparations of Western production, and is currently advocating for a peaceful resolution of the Ukrainian conflict.

Hungarian minister repeated that the goal of Budapest is to avoid recession, while at the same time "an energy crisis of unprecedented proportions has arisen in Europe".

Previously, Szijjártó stated that the accusations against Hungary for systematic corruption in the country are unfounded and that this is contrary to economic growth. The European Parliament, he added, which calls for the denial of funding to Budapest, "hates" the right-wing government in the country, which opposes liberal mainstream.