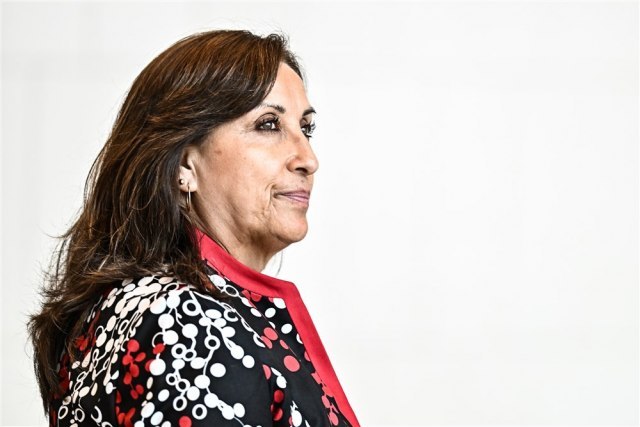 "Now I demand a political truce in the country in order to form a government of national unity. I am asking for the time necessary to save the country from corruption and lawlessness," said Boluarte, who until yesterday was Peru's vice president.

A lawyer by profession, Boluarte was until recently relatively unknown to most Peruvians. Four years ago, she won less than four percent of the vote in the municipal elections in Lima.

She managed to enter the parliament in 2021, but a little later she became famous alongside Castillo. Hours before Boluarte was sworn in, Castillo sparked a constitutional crisis by trying to dissolve the legislature by decree, only for Peru's Congress to vote to impeach him. Ignoring Castillo's attempt to dissolve Congress, lawmakers continued the previously planned impeachment process yesterday, which ended with 101 votes in favor, six against and 10 abstentions.

Castillo previously announced that he would temporarily suspend Congress, enthrone an emergency government and call parliamentary elections, but both the police and the Peruvian armed forces warned him that "the path he took to dissolve Congress is unconstitutional."

Peru's public prosecutor's office indicted Castillo in October for allegedly running a "criminal organization" that profits from government contracts and obstructs investigations, but Castillo called the charges "slander by a group trying to seize power elected by the people."

Since starting his term in 2021, Castillo has managed to politically survive two impeachment attempts.

However, after announcing that he would dissolve the Congress, his political allies abandoned him and his ministers resigned.

The Ministry of Information announced, after his arrest, that Castillo was in custody and charged with "sedition" and "conspiracy" for violating the constitutional order. Cameras showed Castillo leaving the police station, after which he was told he would be transferred to a state prison.