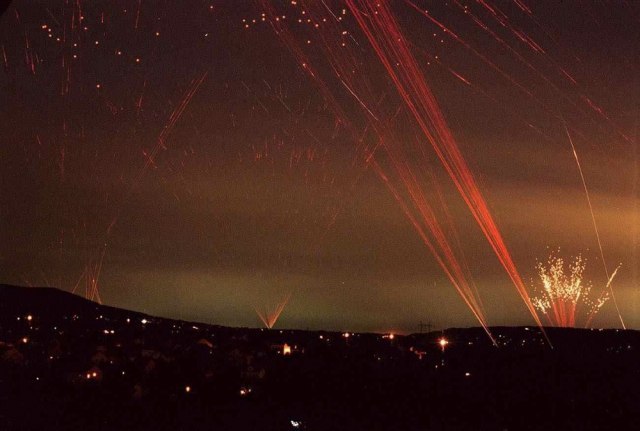 Lavrov noted that the Organization for Security and Cooperation in Europe has many problems.

He drew attention to the fact that the bombing of Yugoslavia opened Pandora's box and violated international law, Lavrov recalled.

He also pointed out that it is clear that NATO implemented its course of expansion deliberately, which is why he accused the Alliance of violating the agreement and sending troops to the borders with Russia.

"Today, in Łódź, an event is taking place, which was usually called the session of the Council of Foreign Ministers of the Organization for Security and Cooperation in Europe. This is a good opportunity to see what role that organization has played since its foundation. Today, a huge number of problems have accumulated in the area which today is called the OSCE," Lavrov said.

According to him, NATO has returned to Cold War priorities - they want to keep the Russians out of Europe.

"NATO wants to dominate the world and has ambitions in all regions of the planet. Developing countries are trying to understand what the alliance is planning against them," Lavrov said.

"The calculated course towards the artificial expansion of NATO, in the absence of any real threats to the countries of the bloc, was carried out absolutely deliberately," he said.

"NATO's expansion posed a threat to Russia, as the Alliance got too close to Russia's borders," he said.

The Russian diplomat added that Brussels supported the Kyiv regime, which aims to exterminate everything Russian, as well as to re-establish the Nazi regime, and that the OSCE is becoming a marginal entity.

According to him, the Polish presidency will go down in the history of the OSCE as the most damaging because no one has done such damage to this organization as their government.

Lavrov assesses that the West has been trying to attack the OSCE for a long time.

"I would like to note that such a line, an inappropriate line of behavior of the OSCE, has its own explanation. Using the arithmetical superiority in this organization, the West has been trying for years to implement privatization and, probably it is more correct to say that they are trying to carry out the seizure of the OSCE, to subjugate this last platform for regional dialogue," Lavrov said.

He explained that the OSCE was created to calm relations between the East and the West, but the course of Western domination prevented this.

"There were more and more problems, today a huge number of problems have accumulated in what is now called the OSCE. They have a deep historical projection and are rooted in the late Soviet period, the end of the 80s and 90s, when the number of missed opportunities exceeded all conceivable expectations of the most pessimistic analysts," Lavrov said at a press conference in the background of the opening of the OSCE Ministerial Council in Poland.