Disaster in Italy: The number of dead is growing, everything is devastated PHOTO

The number of victims of the landslide that was activated in the southern Italian island of Ischia, after heavy rain, is increasing. 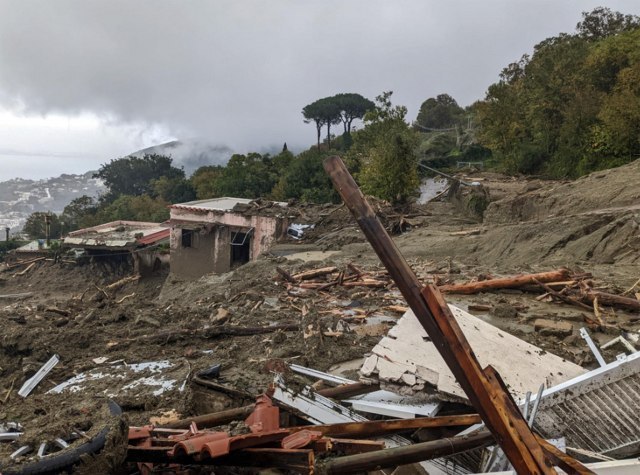 According to the latest information, at least seven people died, including a three-week-old baby, a brother (5) and a sister (11). The landslide devastated the small town of Casamicciola, the office of the Prefect of Naples announced.

Authorities in Naples confirmed yesterday that five people are still missing and added that there is a fear that they are buried under the collapsed earth.

The remaining victims are the baby's parents, a local resident (31) and a Bulgarian tourist, AP reported. In addition to the dead and missing, four people were injured, and more than 160 were displaced.

The Italian government declared a state of emergency on the island of Ischia in an emergency session on Sunday and set aside two million euros for rescue services and the restoration of public services, AP reported. "The government expresses its closeness to the citizens, mayors and cities of the island of Ischia and thanks the rescuers who are searching for the victims," according to the statement of the Italian Prime Minister, Giorgia Meloni.

A very heavy rain triggered a huge landslide with deposits of mud and landslides on Saturday before dawn, which rolled down the slope of the elevation towards the port of Casamicciola, collapsing everything in front of it and carrying entire buildings and vehicles into the sea.