Scandal on state television: "You are sh*theads, die in your own vomit" VIDEO 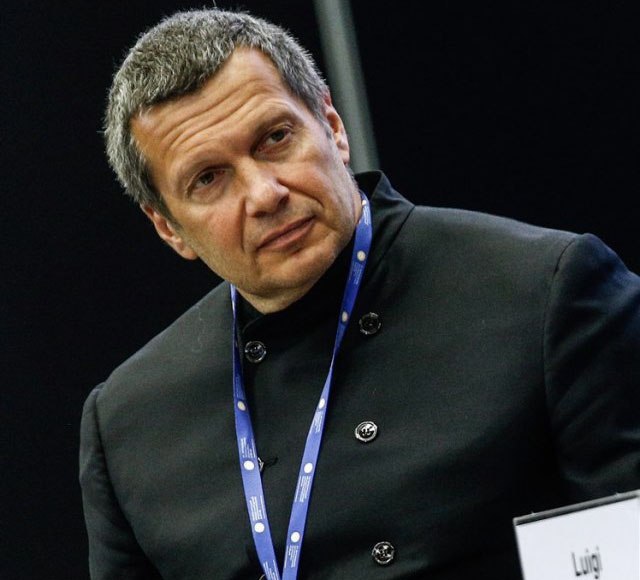 "I am so proud of my friends who are fighting as members of the Russian army, as members of volunteer units and Cossack units," he said.

"We will support them, I will often appear in different uniforms, I will ask you a strange question - what all of you expect out of life?", he said in the show, then continued:

"I read the messages that people send me, and it seems to me that many of them grew up in a greenhouse, and when they end up at the frontlines following that sweet world upbringing, they start asking: "How to order a pizza here?", they are so used to so many cute and jolly things. The propagandist then said to compare it all with the times of the Great Patriotic War, and the time when people went to war on their own, and then he asked the question - what were they thinking about?"

Maybe the best, the angriest, the loudest and the most surreal outburst by Solovyov so far. https://t.co/qmDGzkJbpv

Solovyev pointed out that what he really hates, to the extent that he is overcome by hatred, is this indifference and absolute meanness.

He explained that in one of his shows, Igor Markov told a story about a terrible tragedy that happened and is still going on, and it's about a man who disappeared, and his family only got one letter. "According to the documents submitted by V.V. Panchenko, it only confirmed that the military commissariat in the Stavropol Region did not send A.V. Panchenko to a special military operation," he said. That document was signed by the minister himself, and it was that minister who decided that his family would not be compensated for the hero who gave his life for his country, he says in his show. "They could have written: 'Well, we didn't send you there'..." he said with tears in his eyes, and then asked the question: "Do they sleep soundly at night? First, the motherland says: 'Son, I need you,' and then: We didn't send you, you are not in our base" - said Solovyev, wiping his tears and continued:

"So how did he end up in the army? Those bastards left a stain on all of us, on our country, and it's bigger than any bureaucrat!".

"Don't sell me fairy tales, we are at war with NATO! Do you want peace? Do you want to sit under your mother's skirt? The motherland is in danger! There is no greater honor and happiness than when a man dies for his country and for his comrades," says Solovyev angrily.

"You ran away to Israel, Georgia, the Baltics, Armenia, Kazakhstan, anywhere! Did you run away from the war? No, you ran away from your Motherland! You are the servants of the Nazi regime! You will cry that no one understands you, but you are actually shit of the Russian country! You are the vomit of the Russian country! There is no place for you in my homeland, you didn't deserve it! Die in your own vomit! And you call us propagandists? We are patriots!" concluded Solovyov.