Putin made a "fatal mistake"? VIDEO

Sir Andrew Wood, former British Ambassador to Yugoslavia and Russia, gave an interview to Sky News in which he presented his view on the situation in Ukraine. 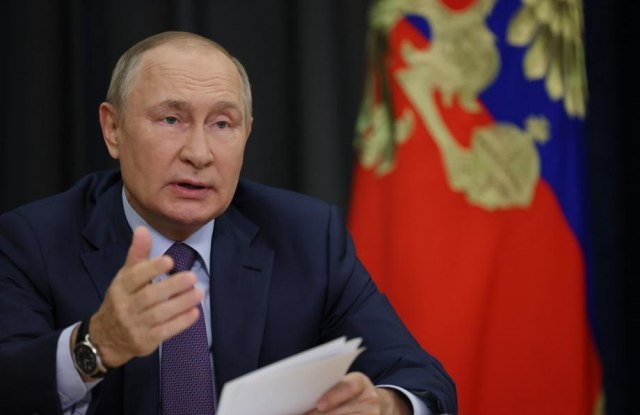 He said he believes Vladimir Putin made a fatal mistake by organizing partial mobilization, bringing the war closer to home. He also assessed that the crisis will soon escalate in Russia itself.

"There's going to be an increased crisis in Russia itself", Wood assessed.

"There are quite a lot of division in Russia, but they are mostly hidden because the repression of the regime is enormous. However, there are debates about what is happening, and Putin's decision to recruit is a fatal mistake. The recruitment is being carried out in a wrong and chaotic way. I don't think that the Russians will soon have additional forces at their disposal," Wood said.

He said he expected the fighting to continue next year, but expressed doubt that Russia would escalate the conflict and switch to nuclear weapons.

"No one in the West wants to get involved in a nuclear exchange. I don't think anyone in the Russian Federation would want to be involved in a nuclear exchange, except maybe President Putin. The trouble with Russia is that everything is decided by one man who is hiding from discussions, hides from other possible views, interferes in military decisions by issuing direct orders to commanders in the field and thoroughly messed up the whole situation," Wood believes.

"There's going to be an increased crisis in Russia itself".