Finland could place it "under Putin's nose"

Finland could station NATO nuclear weapons within a 965-kilometer radius of Moscow, although officials say the move is unlikely for now. 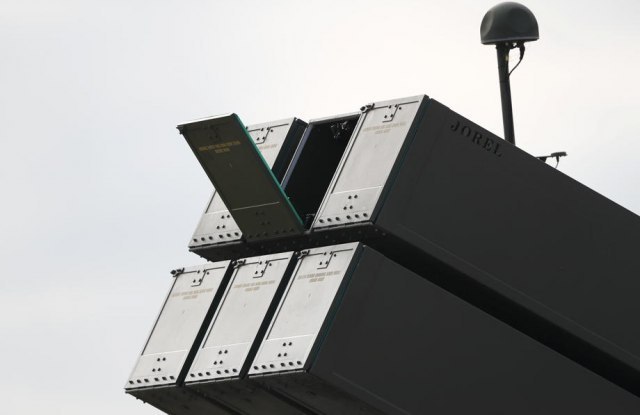 Earlier, there were speculations that Finland was hesitant to host nuclear weapons or permanent NATO troops on its territory, and that it might ask for guarantees that this would not happen.

Prime Minister Sanna Marin said earlier this year that NATO has no interest in bases or deploying nuclear weapons in the country. But at the inaugural Elsin Security Forum last weekend in the Finnish capital, Finnish President Sauli Niinistö said: "Finland wants to become a member of NATO, period. Nothing more, nothing less. We have no special requirements or reservations that we would place as preconditions for our membership."

This statement theoretically opens the possibility for the deployment of NATO nuclear weapons in Finland, while taking into account that the country's southern border is less than 1.000 kilometers from Moscow.

Finland and Sweden should soon officially become the 31st and 32nd members of NATO, they are still waiting for ratification in the Hungarian and Turkish parliaments. By joining NATO, those two countries end the decade-long policy of neutrality, which in itself is a historical strategic failure of Putin, because the entry of those two countries into NATO is a consequence of the war in Ukraine. This dual accession will transform the geostrategic situation in Northern Europe.

The Baltic Sea will become what some observers have called "NATO's lake", while the 1.300 kilometer long Finnish-Russian border will become the new dividing line between NATO and the Russian Federation. Russia has several nuclear bases near the Finnish border.

These include intercontinental ballistic missiles located at Vypolzovo, about 300 miles from the border, and several nuclear submarine bases within 150 miles of the border in the Barents Sea.

Finnish Prime Minister Sanna Marin said in May that the alliance had shown no desire to deploy nuclear weapons on Finnish soil.

"No one is going to come and impose nuclear weapons or permanent bases on us if we don't want them," Marin said in Rome. That has not changed for now, writes Slobodna Dalmacija, quoting Newsweek's text, but also adds that such a possibility cannot be ruled out.

Kai Sauer, Undersecretary of State for Foreign and Security Policy in the Finnish Ministry of Foreign Affairs, says that according to his knowledge, none of the so-called 'new' members of NATO have been offered nuclear weapons.

However, he adds that the situation is unstable and that membership in NATO is a good guideline. "Why should we limit any of the possible options? I'm not saying we're too excited about the prospect of getting nuclear weapons. But, in the end, it is a political decision, and we are not yet at the stage where we are a member. So, we'll see," he said.