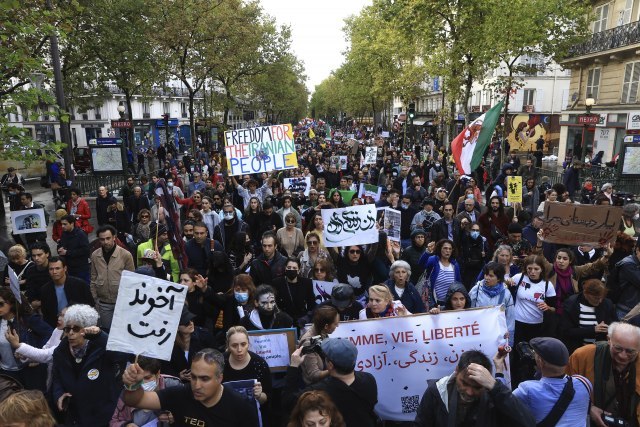 Reports say a large number of students at Sharif university in Tehran have been trapped in the campus car park, BBC reported.

🚨 Breaking News: Student protesters at Sharif University in Tehran have been surrounded by regime security forces. They are trapped inside the university. Dozens have been arrested, and gunshots have been heard.

In another video, security forces on motorbikes appear to shoot at a car holding the passenger filming the video.

Iran International cites reports which say security forces attacked student dormitories and fired guns at their dorms. Other reports mention the use of tear gas on protesters.

Sunday was the first day of term for many students attending Sharif university for the first time. Reports say crowds had gathered outside the campus's main gate late in the evening after hearing about the clashes.

The BBC stated that it is unable to verify the events at the university.

The last two nights have seen an escalation in anti-government protests in Tehran and many other cities across the country, despite a growing death toll.

Anti-government protests erupted in Iran in September after the death of a woman detained by the morality police.

"Protests started at her funeral and have spread across the country to become the worst unrest seen in the country for years", BBC concluded.