School shooting: There are dead VIDEO/PHOTOS 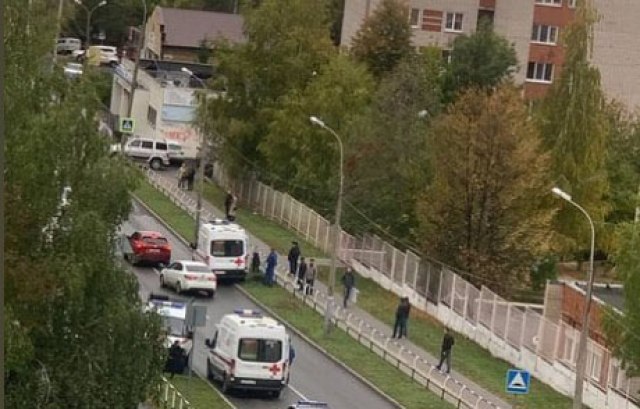 According to Russian media, students and teachers are currently being evacuated.

Also, the media reports that an unknown person with a weapon broke into the classroom.

"The shooting started during the class, when an unknown man in black clothes entered the classroom and opened fire on the children," reports TG channel 112.

Allegedly, the school principal managed to hide with the wounded teenage girl in the office and locked herself there.

The investigation is currently ongoing, and emergency services and police are on the ground. According to the Ministry of the Interior, the attacker killed six people and wounded 20 others. Authorities suggest that the victims include children.

The leader of Udmurtia (the administrative region in which Izhevsk is located), Alexander Brechalov, said he arrived at the school where the shooting took place.

"Due to the situation at school number 88: all forces and means are involved. All special services are working on the spot, as well as an ambulance. I arrived on the spot and will immediately report on everything that is happening," he wrote on Telegram.

According to the head of Russia's Udmurt Republic, Alexander Brechalov, the attacker killed a school guard and later took his own life. The official number of victims has yet to be announced. The Ministry of Education of Russia sent its officials to Izhevsk, the ministry's press service announced.