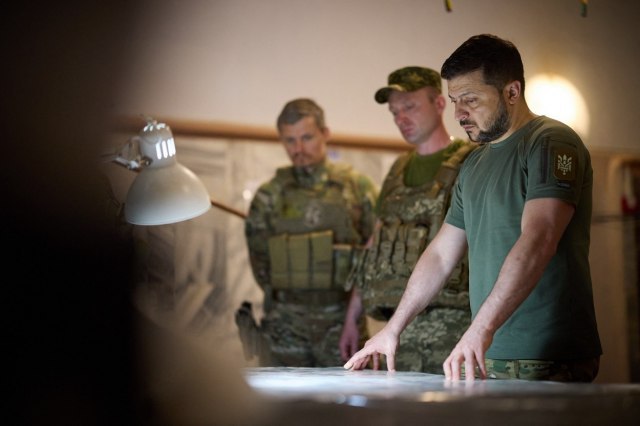 Putin previously said that Russia would use "all the means available" to defend Russian territory.

"You see, maybe it was a bluff yesterday. Now it could be reality," Zelensky said.

Putin himself said on Wednesday that he was "not bluffing" when he warned that Russia would consider defending its country with "various weapons of destruction".

That land could soon include the Donetsk and Luhansk People's Republics, as well as the Zaporizhzhia and Kherson regions, where referendums on joining the Russian Federation are currently being held. Western leaders take Putin at his word.

"When people say it's not a bluff, you have to take them seriously," top EU diplomat Josep Borrell said on Saturday. US National Security Adviser Jake Sullivan said earlier on Sunday that Washington had told Moscow that "any use of nuclear weapons would have catastrophic consequences for Russia".

Ukrainian forces bombed the factory again last week in an attempt to "create the threat of a man-made disaster," the Russian Defense Ministry said.