"We are stepping up after the escalation from Moscow" 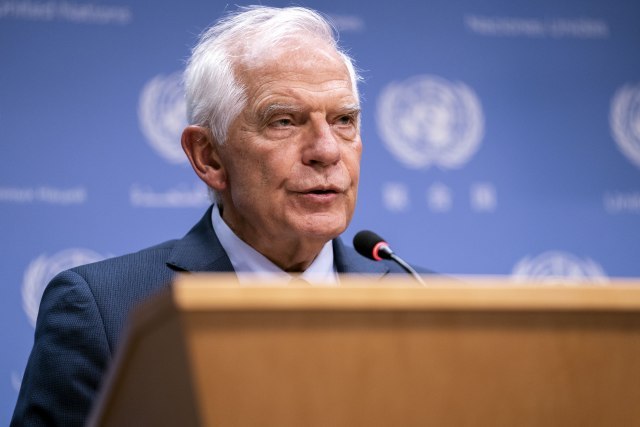 The High Representative of the European Union (EU) for foreign policy and security, Josep Borrell, said late last night in New York that the EU is considering new sanctions against Russia.

As he said, the decision followed the "escalation" announced by Moscow.

Borrell made this statement after the informal extraordinary meeting of EU foreign ministers in New York, held on the sidelines of the general debate of the UN General Assembly session.

The ministers stated at the meeting that they strongly condemn "Russia's latest escalation".

"We will continue to increase our military aid and study new restrictive measures against Russia," Borrell said. On Wednesday, President Vladimir Putin's order on the partial mobilization of reservists to fill forces in the war in Ukraine came into effect in Russia.

Putin promised support in holding referendums in the separatist republics of Luhansk and Donetsk, as well as in the Kherson and Zaporizhzhia regions in Ukraine for joining Russia.

He added that Russian weapons are more modern than those of NATO and that if there is a threat to Russia's territorial integrity, all means will be used to defend it.