Russia and the United States on the brink of conflict? "Official Signals"

Russia has repeatedly warned the USA that its explicit participation in opposing the Russian military operation in Ukraine brings it to the brink of conflict. 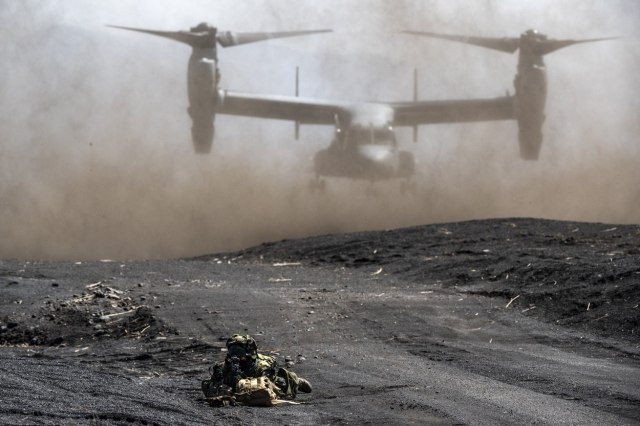 This was stated by the Deputy Minister of Foreign Affairs of Russia Sergei Ryabkov for the TV channel "Russia 1".

The diplomat pointed out that Moscow does not want the US to become one of the parties in the Ukrainian conflict, but that Washington refuses to listen to warnings for the time being.

He added that Moscow sent official signals to Washington, including in writing in the form of a diplomatic demarche.

Ryabkov also pointed out that no matter how much the US denies that it is not involved in any decisions about the use of weapons, all of this is refuted by life and statements, including by the Ukrainian side, which Russia also paid attention to.

The diplomat pointed to the demagogic suggestion of the West and the USA that, especially when it comes to weapons supplied to the Kiev regime, this is done within the framework of "Ukraine's right to self-defense".

"Please, what kind of self-defense are we talking about if they are already openly talking about the possibility of attacking objects deep in the interior of Russia, in Crimea? This is all an escalation of the conflict. It originates not only from the direct suggestions of the US and other NATO allies, not only with the permission but also with the encouragement of such moods, approaches, plans, ideas directly from Washington", he assessed.

Earlier, the edition "Politico", citing a high-ranking representative of the US administration, announced that the US allows Kyiv to use American weapons sent to it as military aid for attacks on Crimea, as they consider such actions to be "self-defense".

The diplomat emphasized that Moscow does not want an "iron curtain", but that the West is lowering it and that this is a problem, yet Russia will find a way to solve it.

"We, of course, do not want any new 'iron curtain'. It is paradoxical that it is lowered by those who to this day cannot imagine anything else, except the ideology of the neoliberal idea as the only possible one for the whole world. They deny the rest of the world, in addition to those parts, who live according to their rules. That's the problem. Russia is self-sufficient, we will find a way to solve the problem," Ryabkov concluded.

In Moscow, they believe that the USA will not decide on a scandal and will issue a visa to the head of Russian diplomacy, Sergei Lavrov, and the delegation to participate in the general debate of the UN General Assembly in September.

Ryabkov says that at this moment the UN Secretariat could do more to resolve the issue, but for now the Russian side has not noticed any special activity.

"We are convinced that there will be no new scandal in this regard and that the Americans will have a common-sense approach to it," Lavrov's deputy said.