The question of all questions: If nuclear war breaks out, who will survive?

Which countries could survive a nuclear war between the U.S. and Russia? This question is being asked more often in the public and among scientists lately. 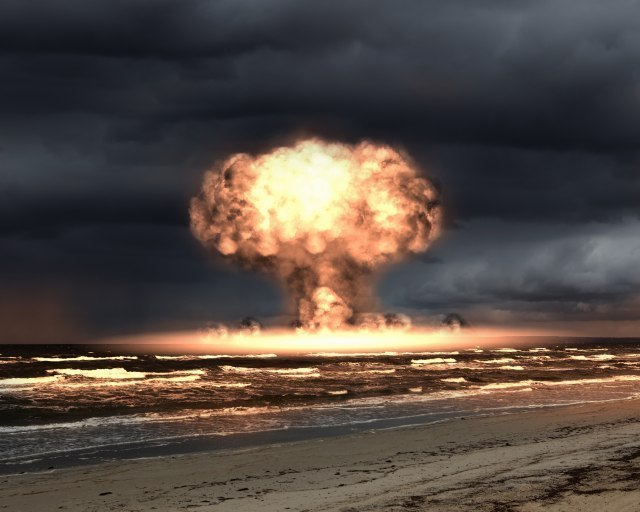 In the latest research, scientists answered which countries would have the best chances. According to their estimates, it would be the population of Argentina and Australia, the Sunday Times reports.

So, for example, in the years immediately following a nuclear conflict, 5 billion people could die of starvation caused by dust in the atmosphere, which would block sunlight, which would probably far exceed the casualties caused by the deadly explosions themselves, according to a new study, Bloomberg reported.

An analysis by Rutgers University in New Jersey focused on the effects of reduced sunlight and temperature on agriculture that would follow nuclear attacks.

"Everyone understands that the direct effects of a nuclear war would be terrible, as we saw in Hiroshima and Nagasaki. Our work shows that ten times as many people could die in the rest of the world because of the effects on climate and agriculture," said one of the authors of the study Alan Roebuck for the issue of Nature Food, in which the paper was published.

Even a relatively minor conflict between nuclear powers India and Pakistan could starve more than a billion people through crop failure, most of them in countries far from the conflict itself. The explosions of nuclear weapons alone could contribute to the deaths of 50 to 100 million people.

"For the first time, we were able to use modern climate and crop models to measure the effects for each country based on their diet, how much they import and export, and how the climate would change and affect each crop separately. How much food would there be? In for most countries the answer is - nowhere near enough," Roebuck said.

Most countries have seen a reduction in calorie intake of at least 90 percent. The reason why several countries, such as Australia and Argentina, as well as parts of central Africa, managed to maintain their calorie intake was because those countries already grow hardier crops, such as wheat, in large quantities and do not have large populations. But, probably, they would also face some problems that were not even considered in the study.

Some separate research has shown that with proper planning, mass starvation could be prevented. Plans included growing mushrooms, seaweed and algae in low sunlight conditions. But, the quick installation of greenhouses that would be used for cultivation until the dust in the atmosphere clears, would be possible only if the countries were prepared for it.

Roebuck believes that even if he invests in such plans, that in itself is a danger because people will see the use of nuclear weapons as less of a risk than previously thought. "If you prepare for it and you think you can survive a nuclear war, I think the likelihood of a nuclear war increases."

"The threat of using nuclear weapons to deter an attack is the threat of a suicide bomber. Because if you use them, everyone in your country will starve to death," Roebuck said. The study was released after the threat of conflict between the US and Russia emerged after Russian President Vladimir Putin launched an invasion of Ukraine.

Russian Foreign Minister Sergei Lavrov warned in April that there was a "serious" risk of nuclear war.

"The data tells us one thing," Roebuck says.

"We have to prevent a nuclear war from ever happening," he concluded.