Eastern European countries are scrambling to scale up their defenses for fear they will be next to come "under Russia's attack", as the Washington Post reports. 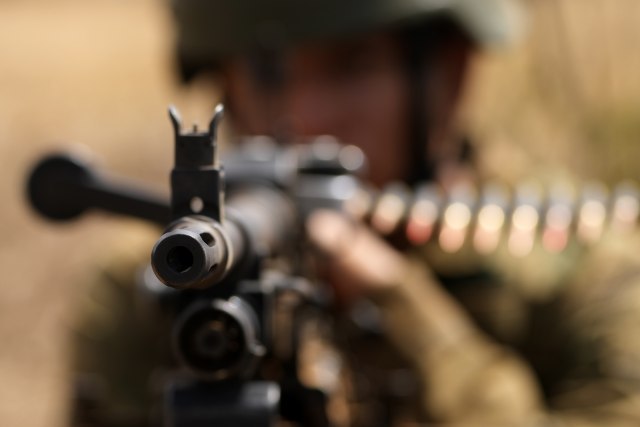 The Baltic states and Poland have pleaded with the US to speed up arms deliveries and expand the presence of US troops in their countries, the newspaper reported.

According to the newspaper, the Russian military operation in Ukraine has caused fear in Poland, Estonia, Latvia and Lithuania that they will be next to come under attack.

"HIMARS, Reapers counter-battery radars: these are what we will need most in terms of military lethal power that is imminently needed to deter Russia,” Kusti Salm, secretary general of the Estonian Defense Ministry, said in an interview.

He was referring to high-mobility artillery rocket systems, drones capable of conducting surveillance and precision strikes, and technology used to detect incoming fire.

In Latvia, meanwhile, the defense minister, Artis Pabriks, told reporters this month that his country is seeking the sophisticated long-range rocket artillery that has bedeviled Russian troops in eastern Ukraine plus air and coastal defense systems generally out of reach for countries with modest budgets.

At the same time, Polish officials believe it would greatly help their own defense posture if the United States could accelerate delivery of certain weapons Warsaw has already been promised. Poland is awaiting Patriot missile batteries, HIMARS, F-16 fighter aircraft and Abrams battle tanks, all along multiyear schedules set before Russia’s invasion of Ukraine.

On August 4, the Polish Embassy in the US revealed that "efforts to strengthen the defense capabilities of the countries that are helping the Ukraine war" are the key topic of the meeting between the head of the Polish National Security Bureau, Pawel Soloch, and US President Joe Biden, Jake Sullivan.

Recently, the head of Poland’s national security bureau, Pawel Soloch, spoke with President Biden’s national security adviser, Jake Sullivan, about the need for defense production to be more responsive to escalating threats, impressing upon him that the U.S. foreign military financing protocols needed an upgrade, according to people familiar with the conversation who spoke on the condition of anonymity to detail a private conversation, the agency said, reports RT.

A senior US defense official told the Washington Post that the countries currently supplying Ukraine with weapons will have to replenish these capacities in the future, although he did not specify how long it would take. According to the newspaper, while Eastern European countries understand that not everyone in Congress supports the idea of ​​moving more US personnel to Europe, many of them insist that a greater troop presence in Europe is "necessary to keep Moscow at bay."

The US has said it is committed to its defense cooperation with its Eastern European NATO allies. The 2022 federal spending package included the first authorization of $180 million for the Baltic Security Initiative. Earlier this week, Defense Secretary Lloyd Austin said the US would conduct more military exercises with the Baltic countries and seek to provide additional training for its troops.

In June, Biden announced that the US would significantly increase its military presence in Europe in the long term and would establish its first permanent base in Poland.

Meanwhile, the Secretary of the Russian Security Council, Nikolai Patrushev, accused Washington of trying to turn Eurasia into a "burning ground for warring nations."

He said in June that a rapid military build-up in Eastern Europe could have disturbing consequences for the security of the region.