"I would like to mention the air raids on Yugoslavia. They trampled on everything"

The Russian diplomat believes that accusations that Russia is violating the Budapest Memorandum are baseless, because it was undermined long before 2014. 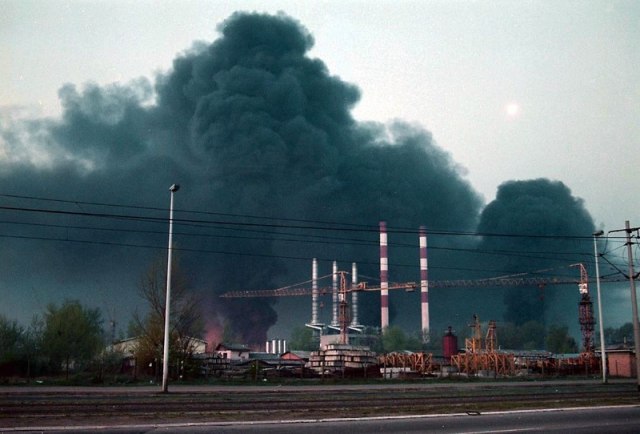 This was stated by the deputy head of the Russian delegation, Andrey Belousov, commenting on the Memorandum on Security Assurances in connection with Ukraine's accession to the Treaty on the Non-Proliferation of Nuclear Weapons, which was signed in 1994. That agreement was signed by the United States of America, Russia, the United Kingdom and Ukraine in Budapest.

"Budapest Memorandum on Security Assurances, which is essentially a political declaration, like other similar documents, is based on the basic norms of international law and the principles of the United Nations and the OSCE," he said.

This diplomat points out that Russia's opponents have already violated those provisions on several occasions and thus, indirectly, called into question.

As the diplomat stated, Russia's opponents have already violated these principles several times and thus, although not directly, questioned the effectiveness of the Budapest Memorandum.

"Among the events that made it possible to come to this conclusion, I will mention the bombing of Yugoslavia, the de facto secession of Kosovo, which was influenced by the direct pressure of the USA and its allies, the involvement of Western countries in the internal affairs of Ukraine in 2004, which led to the coup d'état in that country under the guise of democratic processes," said Belousov.

He pointed out that in this way, the legal foundation was undermined even before 2014. This is the reason why accusations that Russia is violating it are simply untenable, he emphasized.

Belousov pointed out that the countries that spread unfounded and false accusations against Russia and try to discredit and isolate it, should analyze "destructive actions", including the violation of international law. Belousov says that in the future NATO member states can be expected to justify the use of nuclear weapons and pointed out that NATO will receive the status of a nuclear military-political bloc, which was directly stated in the final declaration of the Alliance summit in Madrid.

"By analyzing this thesis, one can come to the conclusion that the US has reserved the possibility to use nuclear weapons at any time, on any occasion and against any country, they can simply state that they are threatened. This is a real threat of nuclear war. Especially, with considering that the USA is the only country that has used its nuclear arsenal in practice," he concluded.

Belousov recalled that Russia's attempts at the end of 2021 to reduce tensions with the USA, to make the situation in Europe and the world more stable and predictable, did not meet with the support or understanding of the USA and its NATO allies.

After the collapse of the USSR, Kyiv inherited a significant arsenal of nuclear weapons. However, in 1994, Ukraine, Russia, the United States and Great Britain signed the Budapest Memorandum, which served as an international agreement on security guarantees related to Ukraine's accession to the Treaty on the Non-Proliferation of Nuclear Weapons. According to that agreement, the nuclear arsenal on Ukrainian territory was liquidated, and the nuclear powers undertook to guarantee Kyiv's security.