Explosions near Russian air base in Crimea; The Russians discovered what it was about 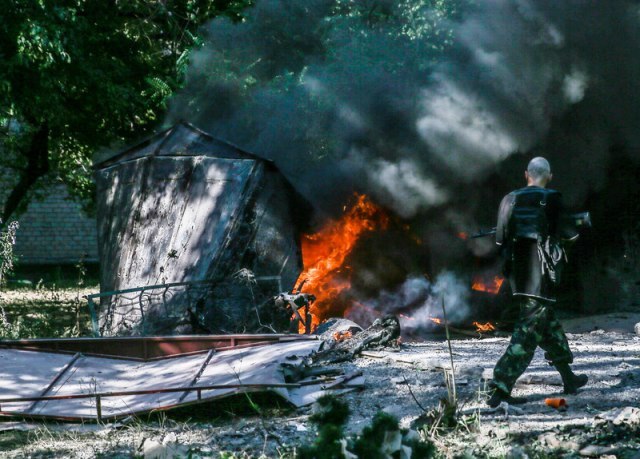 The Ministry of Defense of Russia announced that an air munition exploded on the territory of the Saki airport, Interfax reported.

"On August 9, around 3:20 p.m., several pieces of aviation ammunition exploded on the territory of the Saki airport near the settlement of Novofedorovka. No one was injured as a result of the explosions," the statement said.

As it is added, measures are being taken to extinguish the fire and determine the cause of the explosion.

About 30 people were evacuated from the houses in Novofedorovka, the adviser to the leader of Crimea, Oleg Kryuchkov, announced today. "Approximately 30 people have been evacuated from nearby houses. They will be accommodated in hotels and guesthouses and they will be provided with food. The airport is fenced off," Kryuchkov announced on Telegram, as reported by the TASS agency.

Previously, Kryuchkov announced on Telegram that several explosions had occurred near Novofedorovka in Crimea.

"For now, I can confirm the very fact that there were several explosions in the Novofedorovka area. I ask everyone to wait for the official reports and not give their own versions of this event," Kryuchkov wrote, reports the TASS agency.

The leader of Crimea, Sergey Aksyonov, announced on Telegram that he had gone to the scene, and that the circumstances of the explosions were being investigated.