Hungary hopes that it will be able to please the European Commission and reach an agreement on millions from the European Union funds by the end of the year. 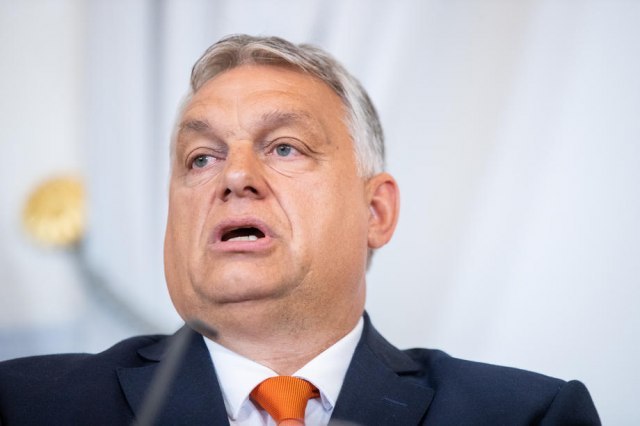 Namely, those funds were blocked due to the EU's concerns about the rule of law in Hungary, that is, because of the corrupt and autocratic rule of Prime Minister Viktor Orbán.

Hungary's chief negotiator Tibor Navracsics told The Guardian that he is optimistic about an agreement on withdrawing money under the COVID-19 recovery plan in the amount of a potential 15 billion euros by the end of the year, and hopes that Hungary could conclude an "agreement on partnership" at the beginning of autumn in order to secure 24.3 billion euros from EU funds, writes "Jutarnji list".

In April, the European Commission initiated disciplinary proceedings against Hungary for violating the rule of law. The Hungarian government has been given deadline until August 22 to respond to the Commission's letter warning of "corrective measures" if Viktor Orbán's government fails to address long-standing rule of law problems. During Orbán's 12 years in power, independent media disappeared, and checks and balances weakened, writes the Guardian. Hungary received billions in EU funds, so there was growing concern that some of the money was used to enrich Orbán's friends and family.

Navracsics went to Brussels soon after after Orbán's strong criticism of EU sanctions, including his statement about "unacceptable race mixing". Orbán needs money from European funds as he struggles with rising inflation, a falling forint and the threat of a severe recession. A worsening economic situation forced the Hungarian government to lift energy price caps and raise taxes on small businesses, sparking days of protests in Budapest in July, with demonstrators chanting "Orbán, get out." The question is whether the Hungarian negotiator will succeed in persuading Brussels to "unfreeze" their money.

"Our experience for more than decades is that they say they will fulfill something, then do one thing and then everything is the same," said an unnamed EU official to "The Guardian".

The European Commission would like Hungary to form a new body for the protection of money from EU funds, to strengthen anti-corruption bodies and expand the area of ​​activity of non-governmental organizations critical of the government.

Hungary has been granted 5.8 billion euros in grants under the Covid-19 recovery plan, but 70 percent of that, or 4.64 billion euros, will disappear if there is no deal by the end of the year. The total loss could be 15 billion euros. Navracsics said that Hungary is working on institutional changes, including changing public procurement rules, which is very important to Brussels, because Orbán's allies have collected unusually profitable contracts for jobs financed by European millions, reports the Guardian.

The representative of the "Greens" in the European Parliament, Daniel Freund, said that he is afraid that the EU will fall into another trap. Orbán would again outwit the Commission, Freund recalls, adding that he would agree to this or that, and in the meantime he would prepare the next maneuver, so that he could avoid the previously accepted notification.