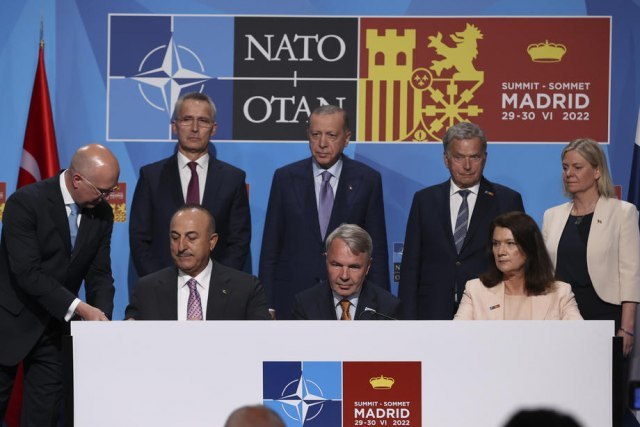 The leader of the Liberal Democratic Party of Russia (LDPR) and the chairman of the State Duma's committee for international affairs also stated on the Telegram channel that the North Atlantic Alliance, led by the United States, has consistently tried to get closer to Russia's borders, while mantras about its defensive nature were a "smokescreen."

"For Russia, NATO's expansion to the east did not begin with the alliance inviting Sweden and Finland to join, but by breaking the promises once made to the Soviet Union," the Russian envoy said.

Slutsky said that since then, there have been several such waves, which "from time to time have raised new concerns about ensuring security and national interests" for Russia.

"If I were in the place of Turkey, I would not be too carried away by the assurances I received in exchange for not vetoing the entry of Finns and Swedes into NATO. Gorbachev was also promised something once," Slutsky said. Finland and Sweden submitted their candidacies for joining NATO on May 18.

As a result, Turkey withdrew its veto, and then the three sides signed a memorandum paving the way for Sweden and Finland to join NATO. In return, the ban on arms sales to Ankara was lifted and the parties promised to fight terrorism, according to TASS.