In the last days of the Soviet Union, former US Secretary of Defense Dick Cheney saw an opportunity for the Western allies to go a step further. 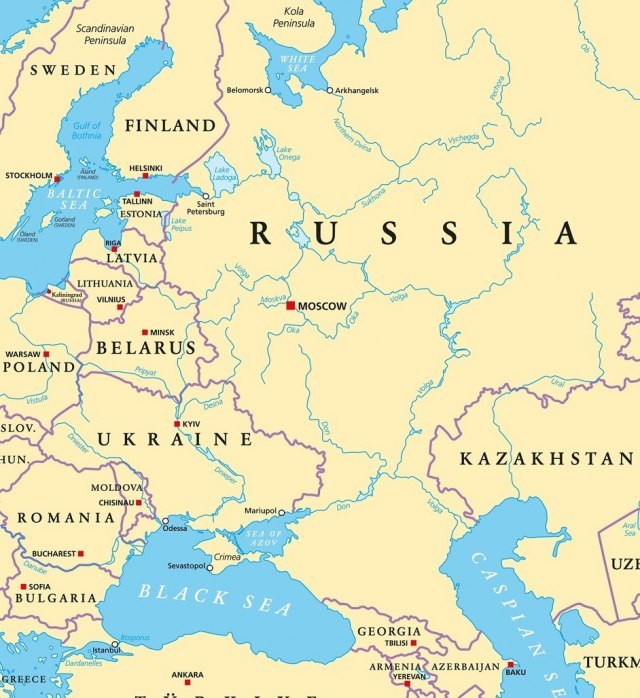 "Dick wanted to see the collapse not only of the Soviet Union, but of Russia itself, so that it would never again be a threat to the rest of the world," CIA Director Robert Gates wrote in his memoirs.

"Dismantling" was also a favorite topic of Vladimir Putin, who during his rule presented himself as the protector of Russian territory and used it to justify his war against Ukraine as an essential measure against the existential threat.

On the eve of the invasion, the head of the Russian Security Council, Nikolai Patrushev, rejected the crisis talks with the United States, claiming: "They are hiding their specific goal, and that is the disintegration of the Russian Federation."

In the fourth month of the increasingly bloody conflict with no obvious prospects for a solution, the idea of dividing Russia came to life again. The "hawks" in European research centers claim that this is both sustainable and desirable, and American officials have expressed support for the idea. Russia's dissident newspaper, the Moscow Times, recently published a column predicting that the war would "lead to the end of the country itself."

There are also indications of an independence movement in the Russian republics. The federation consists of 85 provinces, 22 of which are republics, each of which represents a different ethnicity. They gained autonomy after the fall of the USSR. However, minorities in the republics are protesting that the state is plundering their resources and neglecting their needs.

The war heightened that resentment. The poorer provinces have suffered the economic consequences of sanctions and have borne the brunt of Russian casualties in Ukraine. The highest number of deaths was recorded in the republics of Dagestan and Buryatia.

"The Kremlin draws all its resources from the region, especially Buryatia, and as a result the local population is in poverty. Today, the Kremlin uses the impoverished Buryats as cannon fodder," said Alexandra Garmazhapova, head of the newly formed Free Buryatia Foundation.

The foundation is campaigning against the war. Only members who have left the country - including Garmazhapova - can do so openly. But she claims the group has strong support from Buryatia - in eastern Russia near the border with Mongolia - which is growing as the war drags on.

"We are the voices of those who cannot speak," she said. The foundation also demands significant autonomy for the republic, including the power to refuse to send troops to war, to control its own budget and resources, and to restore the primacy of the Buryat language and culture.

As for whether the group supports full independence, Garmazhapova says that "the future of Buryatia should be determined by the people of Buryatia in free elections."

Other groups are less cautious. The Oirat-Kalmyk People's Congress was formed in 2015 in response to alleged oppression and exploitation with the aim of securing the independence of the Republic of Kalmykia in southwestern Russia near the Caspian Sea.

Activists continued to campaign and organize protests by thousands of people against the appointment of Putin's ally as mayor of the capital Elista in 2019. Congress now claims that it is the legitimate representative body of 180.000 ethnic Kalmyks in the republic and plans to seek international recognition at the UN.

In May, Congress joined forces with representatives of five other republics to establish the League of Free Nations. Their common platform includes opposition to war and the regime, as well as the sovereignty of the republics. The LFN seeks "the disintegration of the Russian Federation and the creation of new states on its ruins," says Syreś Boläeń, the chief elder of the Erzya people in Mordovia.

Groups of members are organized by republics and plan to build a state, Boläeń says. He emphasizes that many republics have an economic basis to progress as independent states, like Yakutia (officially the Republic of Sakha) rich in diamonds in the far northeast.

Along with other separatist leaders, Boläeń sees war as an opportunity. A weakened and upset regime could struggle to quell uprisings in the world's largest country. He believes that Ukraine's victory is one of the two essential conditions for the success of the independence movement.

The second is international support, including the recognition of republics and the sanctioning of Russia for "violations of the national rights of indigenous peoples."

However, separatists could be disappointed, suggests Dr Alexander Motyl, a specialist on Russia and Ukraine at Rutgers University and author of several books on the region.

"The position of most governments is that disintegration is something that should be avoided," Motyl said. He refers to the speech of George W. Bush Sr. from 1991, when the then U.S. President called on Ukraine not to strive for independence, as well as the refusal of the West to support Chechnya in its wars for independence. Political leaders tend to "favor the devil they know rather than establish relations with unpredictable new states," he said.

There is also the threat of sectarian wars and, most importantly, the question of what will happen to Russia's huge nuclear arsenal. But he believes the breakup is "increasingly likely" to happen.

A regime weakened by war and strongly concentrated around its leader will be vulnerable when Putin resigns or dies, Motyl suggests, which would likely trigger a chaotic struggle for succession.

"Given the instability in the Kremlin and the continuous weakening of the economy, it is very easy to imagine a situation in which one region declares autonomy and then launches some kind of domino effect," Motyl said.