Putin: We will send "Iskander"; Kremlin: No, they won't

At a meeting with his Belarusian counterpart Alexander Lukashenko, Russian President Vladimir Putin didn't discuss the handover of nuclear missiles to Minsk. 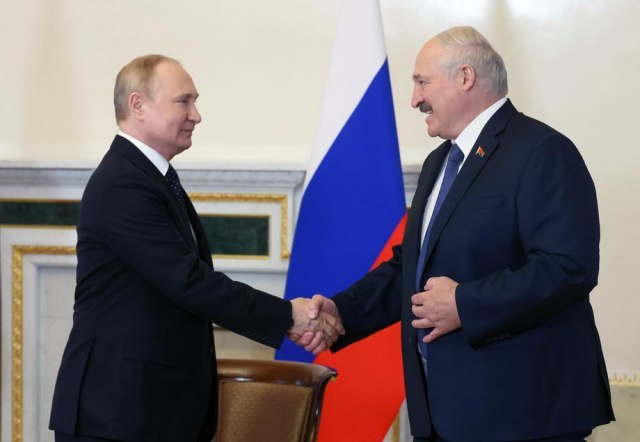 At a meeting with his Belarusian counterpart Alexander Lukashenko, Russian President Vladimir Putin did not discuss the handover of missiles with nuclear weapons to Minsk.

These are systems that are technically capable of carrying various types of weapons, said the spokesman of the Russian leader, Dmitry Peskov.

Ahead of the meeting, the leaders of the members of the "seven" most developed countries in the world (G7) expressed "serious concern" over the possible transfer of Russian missiles with nuclear weapons to Belarus.

"The president was not talking about that, but about systems that are technically capable of carrying various types of weapons," Peskov said, answering the question whether it currently makes sense to transfer missiles with nuclear weapons to Minsk.

Putin and Lukashenko met at Konstantinovsky Palace, located 19 kilometers from St. Petersburg on the shores of the Gulf of Finland.

However, it should be reminded that the Russian media reported that Putin told Lukashenko at the same meeting that Russia would deliver the Iskander-M system to Belarus in the next few months, which is also capable of carrying nuclear warheads.