Russians are developing new weapons: "Peresvet" has not been seen in movies either?

By the end of this decade, Russia will redirect its weapons program to unusual systems - primarily to energy-oriented weapons, cybernetic and robotic weapons. 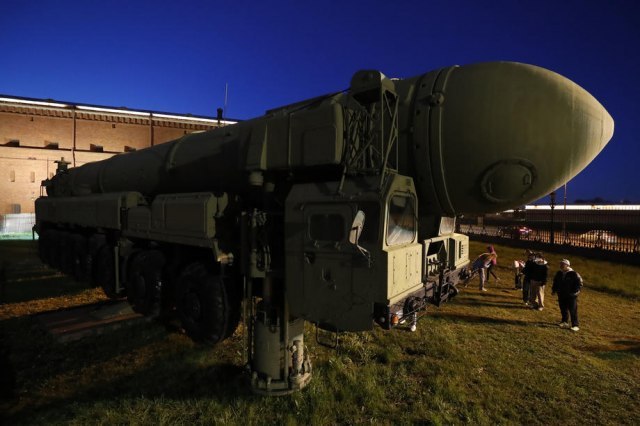 The state leadership was informed that the work on the preparation of the starting point for the new state armament program has been completed, and it will be formulated and submitted for adoption by the middle of 2023.

According to the "Russian word", according to the classical definition, weapons of directed energy include systems that hit the target by direct transfer of energy of a certain type without the use of conductors, kinetic impact elements, etc.

In Russia, we can talk about the further development of the "Peresvet" system, the world's first combat laser weapon. The laser system has been in the arsenal of the Russian army since December 2019, and it is owned by units of strategic missile troops.

"Peresvet" has been mentioned several times in the context of the 15th Army of the Air and Space Forces, whose task is the early detection of a rocket attack, reconnaissance of the space situation and the management of groups of orbital satellites.

The task of the system can also be to disable missiles, warheads, observation satellites, as well as a system for early detection of a missile attack. Information once appeared in the media that Russia is working full steam ahead on the long-forgotten aviation laser system "1A2", which was created on the basis of the military transport plane "Il-76".

When it comes to cyber weapons, the American electromagnetic "rail cannon" is known. It is a device that accelerates an inert warhead so that it reaches a speed of more than three kilometers per second / hypersound starts at five kilometers per second /. The problem in creating such systems is the provision of power. If you look at the test frames of the American cannon, you should first of all pay attention to the battery carriers next to the device. It is they who provide the electrical impulse that accelerates the projectile.

Russia has been working on creating a similar device for a long time.

Until recently, everything, as usual, was based on an electrical impulse. Ordinary batteries cannot accumulate and release electricity at the same time. They end their service life after a certain, relatively small number of charges and discharges.

Russian constructors, however, have a solution, and those are supercapacitors, i.e. devices made of solid material that simultaneously accumulate and release electricity. They operate even at extremely high and extremely low temperatures, have millions of charge and discharge cycles and can be integrated into any vehicle and any aircraft or ship. According to "Ruska reč", by inspecting the exposition of the exhibition at the "Army" forum in Kubinka near Moscow, it becomes clear that the military leadership is also thinking about introducing artificial intelligence into weapons and equipment management systems.

Already, practically all Russian cruise missiles obtain "reason". In combat operations, Russia uses the entire spectrum of these missiles: "H-555", "X-101" and "dagger" air missiles, "caliber" sea missiles and "onyx" land missiles within the "bastion" mobile system. At this point, man still has to communicate with the robot. The machine will not go away on its own and press the shutter button. But examples of the possible development of artificial intelligence already exist.

In Russia, there is a "perimeter" system, which in the West is called a "dead hand". If, in the first nuclear attack, the enemy succeeds in destroying the entire political leadership of the Russian Federation, artificial intelligence will enter the scene and will independently make a decision on a retaliatory nuclear attack.

The weapons system, named after a medieval warrior monk Alexander Peresvet, can knock out satellites up to 1.500 km above Earth.