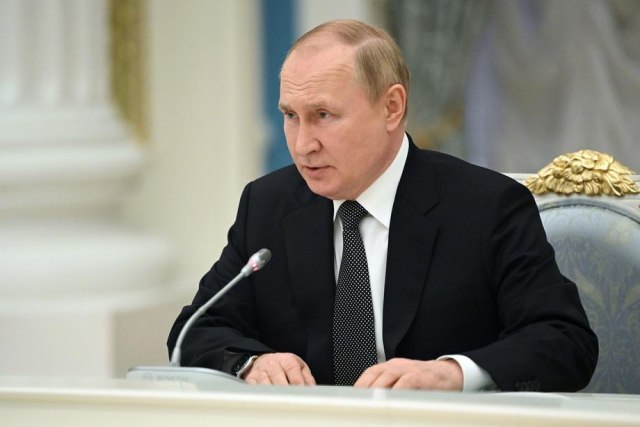 They called on him for serious direct negotiations with the President of Ukraine, Volodymyr Zelensky, as well as for a diplomatic solution to the conflict.

Putin told the two leaders that the delivery of weapons to Ukraine was dangerous, warning of "the risks of further destabilization of the situation and worsening of the humanitarian crisis," the Kremlin said.

According to a statement issued by the German government, Scholz and Macron appealed to Putin to take care of improving the humanitarian situation for the civilian population in Ukraine.

It is stated that they heard in the conversation that prisoners of war will be treated in accordance with international law, especially the Geneva Convention, and that access to representatives of the International Committee of the Red Cross will be provided. Scholz and Macron also talked with Putin about the global situation in food supply, which has been disrupted due to Russian aggression.

According to a statement from Berlin, Putin promised to enable the export of cereals from Ukraine, especially by sea.

Also, Putin, as stated in the statement, promised to enable the opening of the mine belt, which was set up to protect Ukrainian ports, and that he would not use it for offensive action.

Macron, Scholz and Putin agree on the key role of the United Nations in reaching and implementing a possible agreement to resolve the conflict.

German federal government spokesman, Steffen Hebestreit, said that the conversation was held on the initiative of Macron and Scholz and that it lasted 80 minutes.

He added that the Chancellor and the President of France insisted on an urgent truce and the withdrawal of Russian troops from Ukraine.