U.S. Resolution stopped: the veto of Russia and China in the Security Council

Russia and China use veto power in UN Security Council vote on U.S. resolution to tighten sanctions on North Korea. 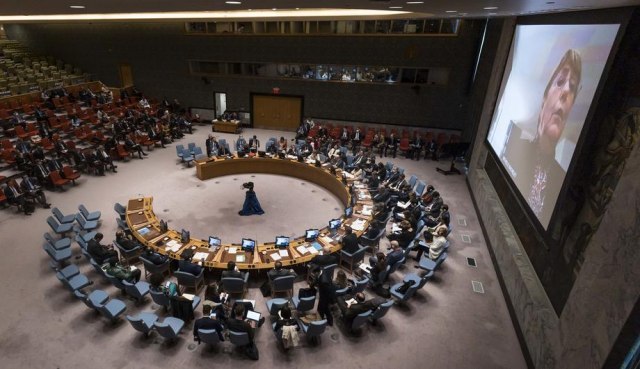 Thirteen members of the Security Council voted in favor of the resolution. The U.S. draft condemned Pyongyang's March 24 ballistic missile launch and other recent missile testing.

Russia's Permanent Representative to the UN, Vasily Nebenzya, commented that during the drafting of the UN Security Council resolution on North Korea, the United States ignored Moscow's recommendations and warnings that a document of this kind would not be adopted. He added that Russia has repeatedly insisted that the introduction of new sanctions against North Korea is a road that leads to a dead end.

According to him, security problems, including those concerning Russia, "cannot be solved by the primitive use of the sanction baton, which leads to serious side effects". As he pointed out, Moscow opposes any military activities, which are a threat to the Korean Peninsula and the countries of Northeast Asia. "In recent years, we have only noticed the aggravation of the situation on the Korean Peninsula.

Our Western colleagues are used to putting all the blame on the North Korean authorities. However, the fact that Pyongyang's repeated appeals to Washington to stop hostile activities, which would open opportunities for dialogue - is not taken seriously, on the contrary, it is completely ignored", Nebenzya emphasized.

He concluded that, therefore, the sanctions paradigm could not guarantee security in the region or solve the issues of nuclear and missile non-proliferation.