Soros: "The end of civilization. Xi harbors a guilty secret"

War in Ukraine threatens to be "the start of World War III", which could mean the end of civilization, philanthropist and former financier George Soros warns. 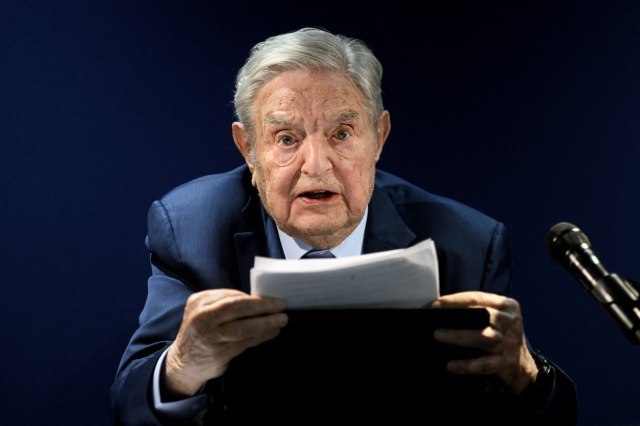 Billionaire George Soros (91) says Russia's invasion of Ukraine has "rattled Europe to its core" and could lead to the next world war.

"Other issues that concern all of humanity, fighting pandemics and climate change, avoiding nuclear war, maintaining global institutions, have had to take a back seat to that struggle," Soros says in a speech at the World Economic Forum in Davos, Switzerland. "That's why I say our civilization may not survive."

In a ferocious attack on Vladimir Putin and China's Xi Jinping at the World Economic Forum in Davos, Soros warned that autocratic regimes were in the ascendant and the global economy was heading for a depression. Soros also heavily criticized the former German chancellor Angela Merkel for cosying up to Moscow and Beijing.

Soros, a Hungarian-born Holocaust survivor, focused his speech on the rise of the “repressive regimes” of Russian President Vladimir Putin and Chinese President Xi Jinping, calling the two countries the “greatest threat to open society.”

“Repressive regimes are now in the ascendant and open societies are under siege. Today China and Russia present the greatest threat to open society", Soros said.

“It will take a long time to work out the details, but Europe seems to be moving in the right direction. It has responded to the invasion of Ukraine with greater speed, unity and vigour than ever before in its history.”

He added: “But Europe’s dependence on Russian fossil fuels remains excessive, due largely to the mercantilist policies pursued by former chancellor Angela Merkel. She had made special deals with Russia for the supply of gas and made China Germany’s largest export market. That made Germany the best performing economy in Europe but now there is a heavy price to pay. Germany’s economy needs to be reoriented. And that will take a long time.”

“The invasion of Ukraine didn’t come out of the blue. The world has been increasingly engaged in a struggle between two systems of governance that are diametrically opposed to each other: open society and closed society.”

Soros said Putin had won Xi’s agreement to the Russian invasion at the opening of the Beijing Winter Olympics in early February. But he insisted the Chinese leader was not as strong as he believed.

“Xi harbors a guilty secret. He never told the Chinese people that they had been inoculated with a vaccine that was designed for the original Wuhan variant and offers very little protection against new variants.”

Soros said Xi was unable to “come clean” because he was at a delicate moment in his career.

“His second term in office expires in the fall of 2022 and he wants to be appointed to an unprecedented third term, eventually making him ruler for life”, Soros concluded in Davos.