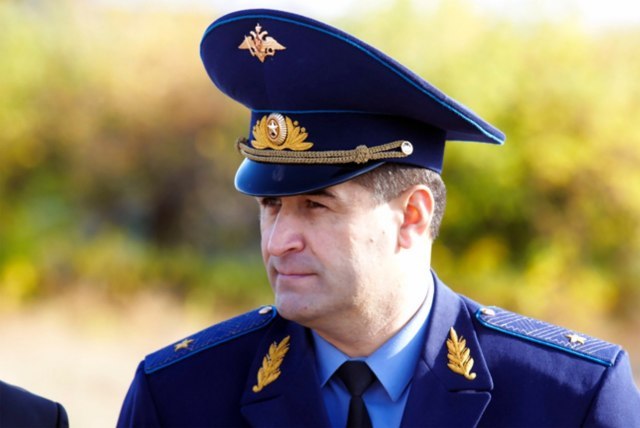 Major General Kanamat Botashev has become the highest-ranking Russian pilot to be killed in the skies over Ukraine, the BBC’s Russian service reportedTuesday.

The 63-year-old retired general had been flying a Su-25 fighter jet over the Luhansk region on Sunday when the aircraft was targeted by a Stinger shoulder-fired missile system, the BBC reported, citing three of Botashev’s former subordinates who spoke on condition of anonymity, it was published in Slobodna Dalmacija.

According to the BBC’s sources, the Su-25 had been on a mission to strike at Ukrainian positions around the town of Popasna, which was recently captured by Russian forces.

Botashev had been a regimental commander until he was forced to retire in 2012 after being found guilty of crashing an Su-27 fighter jet while performing acrobatics.

Botashev was born in 1959 in Karachay-Cherkessia and graduated from the Yeysk Higher Military Aviation Institute, qualifying as a fighter-bomber pilot. He rose from lieutenant to general.

He then worked as deputy chairman for aviation of the Volunteer Society for Cooperation with the Army, Aviation, and Navy in the Leningrad region.

There has been an unusually high number of top-ranking Russian officers who have been killed so far in the war. Ukrainian sources said that at least 12 generals had died, it was reported on May 12.

On Sunday, May 22, the General Staff of the Armed Forces of Ukraine announced that a Russian Su-25 fighter was shot down in the sky above Lugansk, and that the pilot did not have time to eject. Following the news, Fighterbomber, Russia's Telegram channel for military pilots, announced that it regrets the unnamed commander.

"Farewell, commander... There are few people on this planet who lived in the sky as much as you do. The sky takes the best, today it took you," they wrote.

According to the former colleague, discussions in one of the Russian telegram channels said: "Today Kanamat died! Popasnaya district, 8:25... The first call of the NAR-s, the second - bombs... Stinger at the exit from the attack, an explosion in the air and... That's it.”

Other members of the forum continued to discuss his death using the initials KHB.

The BBC confirmed Ukraine's claim that retired Russian Major General Kanamat Botashev was shot down, possibly by a Stinger MANPADS, in a Su-25 aircraft near Popasna on Sunday and killed. It appears he was flying for Wagner.https://t.co/JRS3Shcp68 pic.twitter.com/mBvtnpuzcK

Botashev had been a sniper pilot, whose training takes between 10-12 years, according to the Russian Defense Ministry, and costs around $8million (£6.4m).

It is not clear what the retired general was doing in Ukraine or how he came to be flying a Su-25.

However, Russia had launched a recruitment drive at the start of March.

Russian military registration and enlistment offices, patriotic organizations and the mercenary group PMC Wagner have been actively campaigning to attract candidates to fight in Ukraine.

"The importance of the regular Armed Forces of the Russian Federation is declining, and Wagner is becoming more and more important. This is not only because Wagner expelled the Ukrainian 24th Mechanized Brigade from Popasna and thus made the first major breakthrough across the established Ukrainian line of defense on the old line of demarcation in the east", the analyst commented.

General Botashev's military career was abruptly interrupted in June 2012, when he was accused of shooting down a Su-27 fighter near Petrozavodsk. As Novaya Gazeta wrote at the time, the general asked his friend, the colonel, to fly a Su-27 fighter, on which he did not have a permit to fly. They took off, and during the flight, Botashev decided to perform acrobatics, but he lost control. The fighter plane crashed and the pilots managed to eject.

"I just wanted to fly a fighter of this type, but I did not take into account that such an aircraft has its own characteristics," Botashev explained at the trial. It turned out that Botashev already had a similar official offense: in 2011, he flew a Su-34 fighter without permission. He was found guilty of crashing the plane and sentenced to four years probation and a fine of 5 million rubles.

After the trial, he retired from the armed forces and worked as the vice president of DOSAAF (Volunteer Society for Cooperation with the Army, Aviation, and Navy) in St. Petersburg and the Leningrad region for aviation.