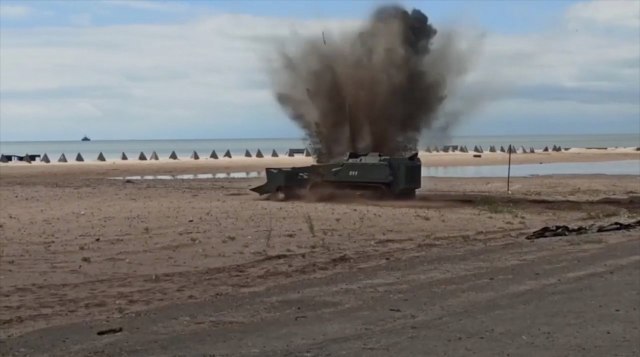 Hungary has imposed a state of emergency, and Viktor Orbán states that Budapest will stay away from the war.

Ursula von der Leyen called for talks with Moscow to enable the delivery of wheat, which was captured in Ukraine because Russia blocked the ports.

Finland and Sweden will send delegations to Ankara today to try to resolve the issue with Turkey over the country's opposition to NATO membership.

Zelensky at the World Economic Forum in Davos: "I will talk to Putin directly, without a mediator"

Addressing the World Economic Forum in Davos, Ukrainian President Volodymyr Zelensky said that he was ready to talk directly with Russian President Vladimir Putin, and not through a mediator.

If the Russian President "understands the reality", there is a possibility of finding a diplomatic solution to the conflict, Zelensky pointed out. He said that Ukraine would fight to regain all its territory. The Ukrainian President said that Moscow should withdraw its troops to the lines it was on before the invasion was launched.

"It could be the first step towards negotiations," Zelensky said, assessing that Russia is trying to gain time in talks with Ukraine.

A chemical plant was hit, four civilians were killed

Four civilians were killed and three were wounded when Ukrainian forces shelled the Nitrogen chemical plant in Severodonetsk, claims the ambassador of the self-proclaimed Luhansk People's Republic (LNR), Rodion Miroshnik, referring to the statements of the local population.

"The plant in the area of Severodonetsk was shelled from the territory of Lysychansk", Miroshnik stated in the Telegram. He says, referring to the testimonies of the local population, that four civilians were killed and that three of them are in serious condition, reports the Russian agency TASS. Nitrogen Plant is the largest chemical plant in Ukraine, employing about 7.000 people.

The factory in Donetsk is the only one that produces methanol, acetic acid and vinyl acetate.

The Russian army will open a humanitarian corridor today, at 8 a.m. Moscow time, for the safe evacuation of foreign ships from the port of Mariupol to the Black Sea, Colonel-General Mikhail Mizintsev announced.