NATO: "We want to avoid war with Russia"

NATO will not send troops to Ukraine because it wants to avoid war with Russia, Alliance Secretary General Jens Stoltenberg said today. 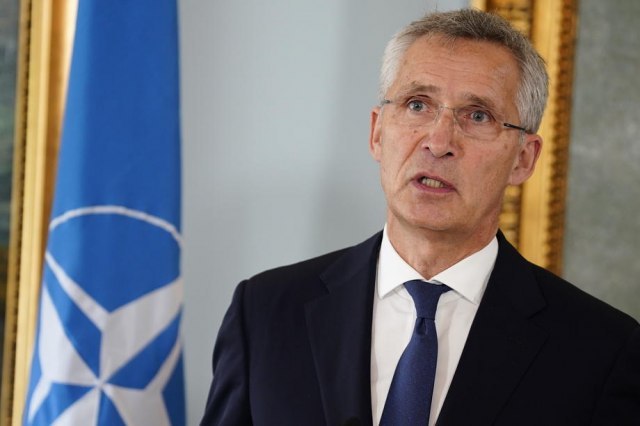 He reminded at the World Economic Forum in Davos that since the outbreak of the war, NATO has "significantly strengthened its support for Ukraine in order to retain the right to self-defense", reports TASS.

"NATO's main responsibility is to protect all allies and prevent this war from escalating. We do not want to provoke a conflict, but to prevent it and preserve peace," Stoltenberg said.

He said that since 2014, NATO member countries have already spent tens of billions of dollars on training and equipping the Ukrainian army.

He added that the member countries of the Alliance started to strengthen their own security that year and that 40.000 soldiers are currently under NATO command near the borders with Russia, in "significant air and naval means, and that another 100.000 are on high alert."

Stoltenberg said that NATO considers all those preparations "measures of deterrence" with the goal of eliminating any possibility of misunderstanding or bad assessment in Moscow.