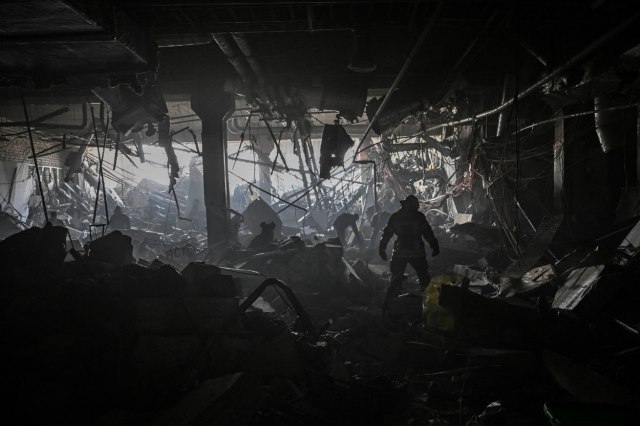 President of Ukraine, Volodymyr Zelensky, says that a meeting with Russian President Vladimir Putin is possible only if the topic is ending the war.

Europe says its stockpiles have been depleted after deliveries to Kyiv.

The President of Belarus, Alexander Lukashenko, warned in Sochi, together with his Russian counterpart Putin, that the West wants to dismember Ukraine. The heaviest fighting is in the eastern part of Donbas.

Ukrainians mined the only exit to the Black Sea?

The Ukrainians mined the only exit to the Black Sea and thus blocked the work of the commercial port of Kherson, said Kyryl Stremusov, deputy head of the region's military-civilian administration, for the Russian agency RIA Novosti.

"The port of Kherson cannot be used at this stage because the only exit to the Black Sea at the mouth of the Dnieper-Bug in the area of the port of Ochakov, the Nikolaev area controlled by the Ukrainian Nazis, has been mined," he said.

Four victims in the Russian shelling of Severodonetsk

Four people were killed in the Russian shelling of Severodonetsk in one of the multi-storey buildings, the head of the regional administration, Sergei Gaidai, said today.

Heavy fighting in the eastern Donbas

Pavlo Kyrylenko, the head of the Donetsk regional military administration in the eastern Ukrainian region of Donbas, reported on "heavy fighting" in the direction of Liman, where the Russians have launched an offensive in recent days.

"Heavy fights are being waged in the direction of Liman. In the past 12 hours, one civilian was killed and four were injured," Kyrylenko said.

Kyrylenko said that several other cities - Avdeevka, Svjatogorsk, Bakhmut and Soledar - are under heavy shelling or missile and bomb attacks. The regional military governor reported strong Russian shelling along all front lines in the region in recent days, with Russian forces trying to break through at several locations.