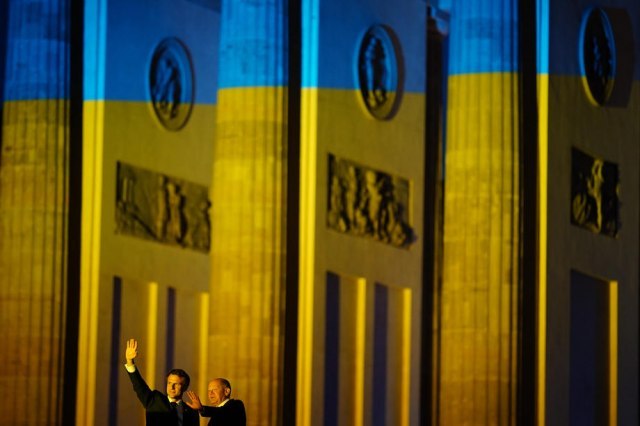 An accelerated accession of Ukraine to the European Union is not possible and the process will take "a very long time", said the French Minister of European Affairs Clément Beaune, as RT reports.

He recommended that Kyiv, in the meantime, enter the European political community, as proposed by the President of France, Emmanuel Macron.

"I don't want to offer Ukrainians any illusions or lies," he added.

Beaune, described by Politico as "a protege of trust" by French President Emmanuel Macron, was appointed Minister of European Affairs in the government led by Prime Minister Élisabeth Borne on Friday. He suggested that Ukraine should become part of the political life of the EU, reiterating French President Emmanuel Macron’s offer to create a looser "European political community" that could help integrate Ukraine with the EU sooner.

"In the meantime, we owe the Ukrainians a political project that they can enter," Beaune said. Earlier this month, Macron acknowledged that Ukraine's EU accession process could take "several decades".

"Even if we give them candidate status tomorrow, we all know perfectly well that the process of allowing them to join would take several years, undoubtedly several decades," he said at the European Parliament session in Strasbourg on May 9.

The bloc could establish a "European political community" for Ukraine and other non-member countries, which would "allow democratic European nations..." to find new space for political co-operation, security, co-operation in energy, transport, investment, infrastructure, mobility of people, French President suggested.

Advantages of the "European political community"

"But that doesn't mean the door is closed. On the contrary, they are open", he added, pointing to advantages such as "free movement in Europe" and "partial benefits from Ukraine's European budget for reconstruction" or perhaps a common energy policy.

The issue of EU enlargement to Ukraine, Georgia and Moldova is creating controversy and disagreement within the Union. Ukrainian Foreign Minister Dmytro Kuleba has previously condemned "second-class treatment" coming from "some capitals" when it comes to Ukraine's EU bid.

German Chancellor Olaf Scholz, meanwhile, said he was not inclined to approve Ukraine's EU accession "as a precaution" because the accession process "is not a matter of months or years".