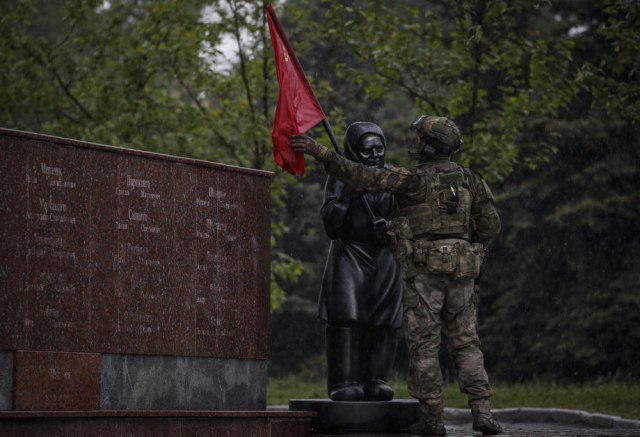 Speaking from Kyiv, Volodymyr Zelensky said that "it was confirmed that the invasion was an absolute mistake" and claimed that the Russian army was left without projectiles with which it attacked Ukrainian troops.

He criticized Russian leaders, who he said were afraid to admit that "catastrophic mistakes were made at the highest military and state level," the BBC reported.

The Ukrainian leader accused Moscow of forcing young, inexperienced soldiers to the front line and pushing them into battle "like cannon fodder", as nothing more than "food" to be consumed by battle.