Croatia to block Finland and Sweden from NATO membership?

Kyiv Independent, one of the main Ukrainian media, writes on its Twitter account that Croatia will block the entry of Sweden and Finland into NATO. 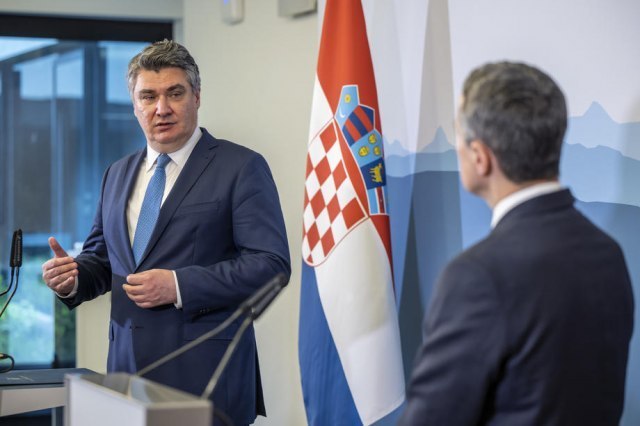 "Croatia will block the entry of Sweden and Finland into NATO. Croatian President Zoran Milanovic said that he would order the country's permanent representative to NATO to vote against the move," the media writes.

It should be recalled that Finland and Sweden officially submitted their request for NATO membership on Wednesday, but at the first meeting within the Alliance, no decision was made regarding that request because Turkey blocked it.

President of that country, Recep Tayyip Erdogan, warned for days that Finland and Sweden will not get a Turkish "yes" for joining NATO. On the other hand, Croatian president also spoke about that issue on Wednesday, to which Kyiv Independent refers, by saying that Croatia should imitate Turkey, and not do everything to the contrary. Iuliia Mendel, former spokeswoman for Volodymyr Zelensky, also spoke about Milanovic.

Croatian President Zoran Milanovic said he would instruct the country’s permanent representative to NATO to vote against the move.