Explosions echoed in the Dnieper; Soldiers in Azovstal - a sensitive topic

Eighty-fourth day of the war in Ukraine. 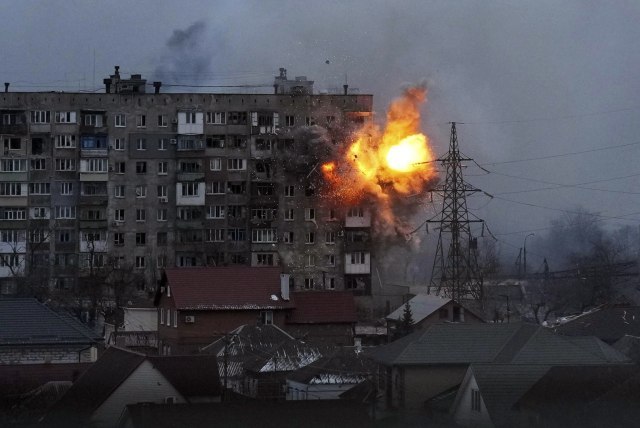 The evacuation of Ukrainian soldiers who were hiding in Azovstal was carried out yesterday on the largest scale so far. The Russians claim that most of the soldiers surrendered.

Adviser to the President of Ukraine, Mikhail Podolyak, announced that the Russian-Ukrainian negotiations have been suspended, but he noted that this does not mean that the parties will not sit at the negotiating table in the end.

EU Foreign Minister Josep Borrell said that the European Union would not allow Ukraine to be left without military equipment, while the war against Russia continues on its territory.

Explosions in the Dnieper, two Russian rockets shot down

Two powerful explosions erupted this morning at around 6 o'clock in the Dnieper, a city in central Ukraine, which has been mostly spared Russian attacks lately.

The governor of the Dnipropetrovsk region, Valentyn Reznichenko, said that one rocket was shot down by the Ukrainian air defense. One woman was injured and two houses were damaged when the remains of the projectile fell on a privately owned garden, reports the BBC.

He added that another rocket hit the transport infrastructure, but did not provide details.

Finland and Sweden have officially applied for NATO membership.

The news was announced by the Secretary General of the Alliance, Jens Stoltenberg, who welcomed the request of Finland and Sweden to join NATO.

Local media report that objects in Nikolaev, Dnepropetrovsk and Kharkov were targeted during the night

According to the General Staff of the Armed Forces of Ukraine, Russian soldiers are blocking units in the Azovstal steel plant in Mariupol, reports the BBC.

He adds that Russian forces are also attacking Donetsk, and shelling the border Chernihiv and Sumy regions.

Find out more about the UK government's response: https://t.co/7wf7eAl1Pc

Ukraine: We are doing everything to save the remaining soldiers from Azovstal

Ukraine is doing "everything possible and impossible" to save the remaining fighters trapped in the Azovstal steel plant in Mariupol, says Ukrainian Deputy Defense Minister Hanna Maliar.

Maliar said that Kyiv knows how many more soldiers are in the steel plant, but she emphasized that it is "sensitive information". On Monday, 264 fighters, many of whom were seriously wounded, were evacuated to areas controlled by pro-Russian forces, the BBC reports. According to Reuters, seven more buses were seen leaving the scene on Tuesday. The convoy arrived in Olenivka, a village held by pro-Russian forces in Donbas, adds the BBC. The Russian prosecutor's office announced that it would interrogate all Ukrainian soldiers as part of the investigation into, as Moscow states, "crimes of the Ukrainian regime against civilians in Donbas."

Ukraine wants to exchange its soldiers for captured Russian soldiers as part of an evacuation agreement confirmed by Moscow.