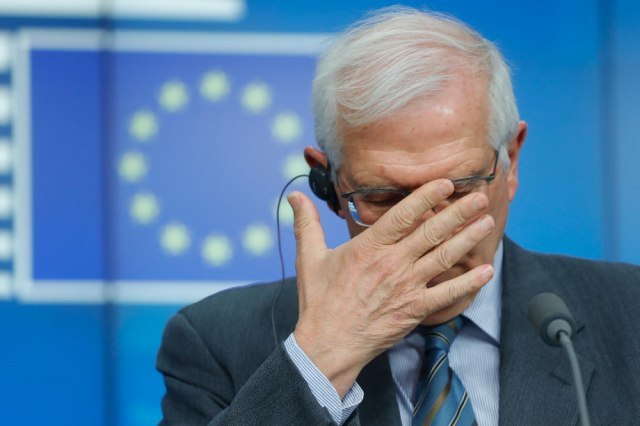 He also called for the resumption of EU-sponsored talks.

"We need constructive engagement and rapid progress towards the normalization of relations between Kosovo and Serbia. Everyone agrees on that, but when they sit down together, they have a problem progressing. We need to create trust," Borrell said last night.

Borrell said that the EU foreign ministers discussed the dialogue between Belgrade and Pristina at yesterday's meeting in Brussels as part of the debate on the Western Balkans, concluding that it was necessary to create a "better atmosphere" in the talks, "engage in positive steps, build trust and avoid one-sided moves".

"I hope that before the summer we will be able to hold another meeting at the highest political level between the Prime Minister of Kosovo and the President of Serbia," Borrell added.