Scholz falls because of Ukraine? 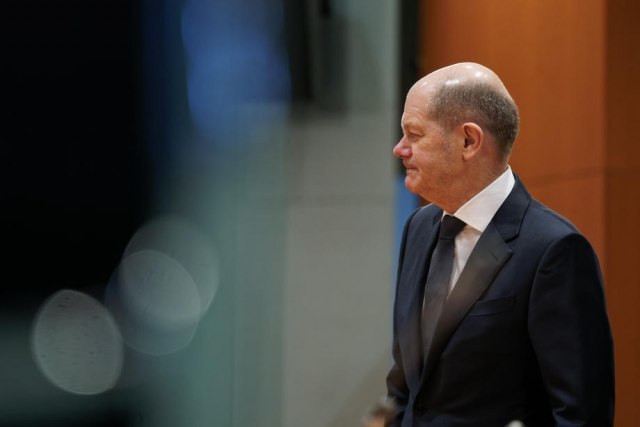 They accuse German Chancellor of being partially responsible for the Ukrainian defense, and they also threatened him with a vote of no confidence in the Bundestag, reports the DPA agency.

"We want to support the government in the Ukrainian crisis," wrote the deputy head of the Union's parliamentary club, Johann Wadephul, on Twitter. However, if Scholz does not act, "he will have to count on the initiative of the CDU and CSU against him next week".

Scholz is criticized not only by opposition conservatives, but also by the Greens and Liberals (FDP), coalition partners of his Social Democrats (SPD), for hesitating with the decision to deliver heavy weapons to Ukraine.

CDU foreign policy expert Roderich Kiesewetter told ZDF television today that he appreciates the fact that the government is financially supporting Ukraine, but that it "cannot be redeemed". "What he really needs to do is send tanks and artillery systems," Kiesewetter said.

In today's Welt, Wadephul accused the government of trying to deceive the public by promising further financial assistance to Ukraine. "Ukraine has enough money, after all it is sent by the European Union. Additional funding is, therefore, just an unconvincing sham," he said.

The crucial question is whether the German government will allow the export of heavy weapons.

"Olaf Scholz must now show up and deliver, because he is partly responsible for Ukraine's inability to defend itself," Wadephul added. So far, Germany has sent anti-tank and anti-aircraft missiles and automatic weapons, vehicles, night-vision devices and personal protective equipment to Ukraine.

However, Ukraine is looking for armored combat vehicles, artillery and combat helicopters for the war against Russia.