War in Ukraine entered its 26th day. The evacuation of civilians from Mariupol along humanitarian corridors, which will lead to the east and west, is announced. 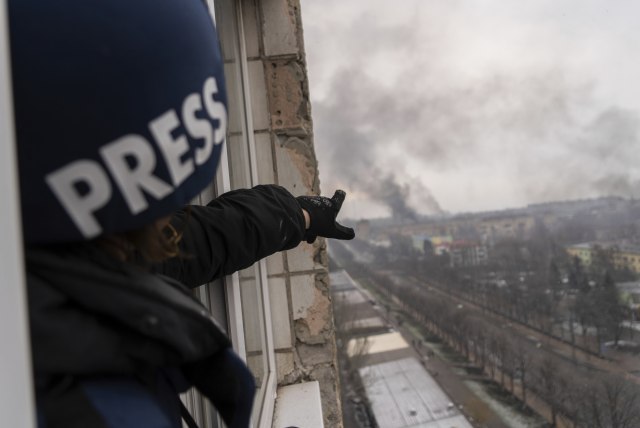 Ukraine has rejected Moscow's proposal that Ukrainian troops lay down their arms in exchange for a safe exit. Almost a quarter of Ukraine's population has left their homes, the UNHCR said.

“Russians! Welcome to hell”, just a sign along a road to Ukraine

Just a sign along a road I’m driving down. Good afternoon from Ukraine! pic.twitter.com/jCDe9vJ2OH

The EU is considering Ukraine's application for membership in the Union

At EU Foreign Ministers meeting, it's been said: "EU continues to stand by Ukraine & its people, delivering assistance. And we started working on delivering an opinion on the basis of the application for membership for Ukraine. We will work as fast as we can".

At #EU Foreign Ministers meeting #FAC for @EU_Commission today: #EU continues to stand by #Ukraine & its people, delivering assistance. And we started working on delivering an opinion on the basis of the application for membership for #Ukraine. We will work as fast as we can. pic.twitter.com/XnoRkHkurq

Moscow has finally responded to Biden's insult to Putin

"It is emphasized that such statements by the U.S. President, unworthy of such a high-ranking statesman, bring Russian-American relations to the brink of rupture. They warned that hostile actions taken against Russia would be decisively and firmly repulsed," Moscow said in a statement.