Moscow: The struggle is epochal, the world order will change

Russian Foreign Minister Sergei Lavrov said that the West did not want to resolve the situation around Ukraine in peace. 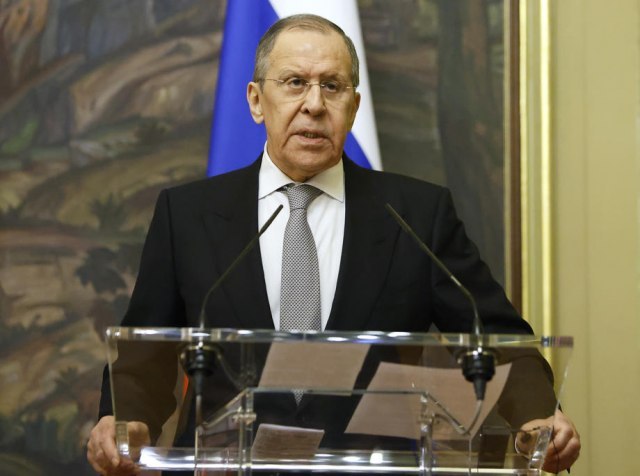 "The current situation is epochal, a 'battle' is being fought over what the world order will look like," Lavrov said.

Speaking about the negotiations between Russia and Ukraine, the Russian minister added: "there is some hope."

"President Volodymyr Zelensky himself has recently made a number of "interesting statements", Lavrov said.

The United States has a decisive influence on the Ukrainian authorities, Lavrov said. He added that Russia is ready to agree on those types of weapons in Ukraine that will not pose a threat to the Russian Federation. Lavrov said that the West had begun to "weaken" the Ukrainian people and turn them against the Russians.

Speaking about the meeting in Antalya, Lavrov noted that the Ukrainian Minister of Foreign Affairs, Dmytro Kuleba, did not present any new ideas, and that the Belarusian format remains the main negotiating platform.

As a condition, Lavrov stated that Russia is ready to look for all ways to ensure security, "except for the expansion of NATO to the east." "The West did not want to solve the security situation in the world.

The military operation is not so much about Ukraine as about the world order. The United States under Biden has conquered Europe, and the current crisis is an epochal moment in determining the world order," he said.

Lavrov said that "arrogance is an incomprehensible feeling of superiority of the West, which decided to manage all processes in its own interests, has led to the current situation." "All Russian warnings have been ignored," he said, adding that Ukraine's neutral status was now being seriously discussed in negotiations on other security issues.

"There is already a certain wording that is close to an agreement. One of the main issues in the negotiations is the status of the Russian language and the Russian-language media in Ukraine, guarantees of the rights of national minorities, including Russians," he said.