"The army must be sober, we can conquer Moscow"

A native of Yugoslavia, Vladimir Lipinski lives in the Ukrainian city of Lviv, and he used to work as a tourist guide in Yugoslavia. 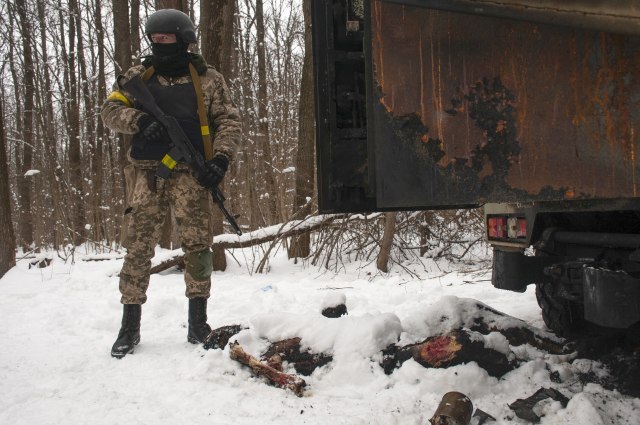 Lipinski had a liquor store in Ukraine, but on the third or fourth day of the war, the purchase of alcohol was banned.

"Sober people are needed to defeat the Russians. Let the Russians drink vodka, brandy, we won't. I have a shop specializing in alcohol, but I don't trade that anymore, your journalists know that they wanted to buy but couldn't. Instead of alcohol I sell cigarettes, I have to survive as a private individual. I have to pay taxes to make our state stronger, there is more money. Like Napoleon, when asked what he needs to win, he said - money, money and only money", Lipinski pointed out.

Everything has become 20 percent more expensive, there is a shortage in stores, Lviv could be under attack by Russian forces.

"Prices have risen, but that's to finance the army. A lot of people supply the army. On the first day after the war broke out, President Volodymyr Zelensky issued an order banning the sale of foreign currency, we can't buy dollars or withdraw more than 20.000 hryvnia from the bank, which is equal to about $ 500", he said.

He emphasized that there is no great panic in Lviv. Shelters are opening, people are getting ready for the worst, but they don't want to take shelter - the Russians don't have enough rockets to destroy every home, he says.

He believes that there is no need to negotiate with Russian President Vladimir Putin, Ukraine can beat Russia.

"If we had more weapons, we could conquer Moscow," he said. Asked whether Lviv is ready to be the temporary capital if the Russians take Kyiv, he said that will not happen.

"We have stronger nationalist ideas, we are always ready to go to war with the Russians." After the end of the war, when asked if it is possible for people from Lviv, Donetsk and Luhansk to be in one state, he said that he was sure of that.

"If Russia is going to lose the war, half of Russia is Ukrainian ethnic territory, the Ukrainians have conquered Siberia, not for the Russians, but for the Ukrainians. Russia needs to be deprived of nuclear weapons, that is the most important thing," he points out.

He said that Zelensky, who received the support of the Ukrainian people, pleasantly surprised him because he is now becoming a real president.