Moscow disappointed with Germany; "The persecution of everything Russian is underway"

Moscow reacted sharply to the fact that Germany is supplying weapons to Ukraine. 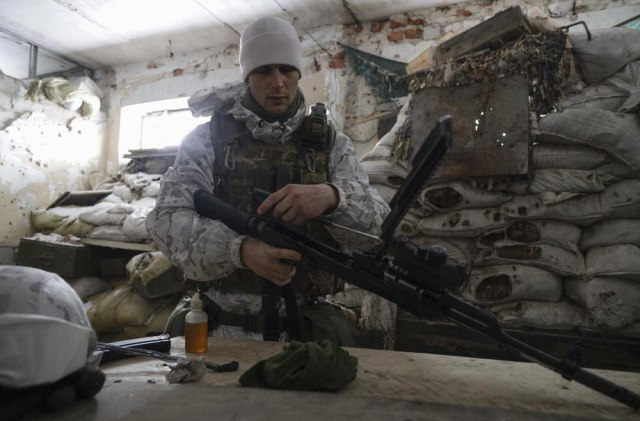 Moscow is disappointed with Berlin's decision to supply weapons to Ukraine and is worried about the fact that it could fall into the hands of terrorists and robbers, said the director of the third European department of the Ministry of Foreign Affairs of Russia, Oleg Tyapkin, in an interview with Sputnik.

"We are deeply disappointed that the German government, violating its own national legislation and legal restrictions at EU level, has deviated from its previously balanced course on this issue, which was conditioned by consideration of Germany's historical responsibility to the peoples of the former Soviet Union," Tyapkin said when asked how Berlin's decision to approve arms deliveries to Ukraine will affect relations between Russia and Germany.

According to him, Moscow is "seriously concerned about the fact that weapons delivered to Ukraine in the current situation could become an easy prey for terrorists and bandits."

"Berlin pointed out that solidarity with the anti-Russian position of the West was completely solidified, blocking the channels of dialogue with Moscow. For now, we are forced to state that the German government, despite its assurances of its commitment to the process of historical reconciliation between the peoples of Germany and Russia, has fully sympathized with the anti-Russian stance of the 'collective West' and deliberately blocked existing channels of cooperation and dialogue in all spheres", Tyapkin explained.

He says that "despite the sharpness of the current disagreements, Russia and Germany will remain neighbors in Europe, and peace and prosperity on the continent will depend on their relations."

At the same time, Tyapkin mentioned that a mass campaign of demonization of Russia was launched in Germany, as well as that cases of insulting Russian citizens and Russian-speaking compatriots were noticed. In essence, the persecution of everything Russian is underway, he said.

On February 26, the German government approved the delivery of weapons to Ukraine for the first time. Berlin then decided to send 1.000 anti-tank weapons and 500 "Stinger" missiles to the authorities in Kyiv. For its part, Russia appealed to the West to stop pumping weapons into Ukraine, warning that some of those weapons, such as "stinger" systems, could fall into the hands of terrorists, and in addition, all those weapons endanger civilian international aviation.