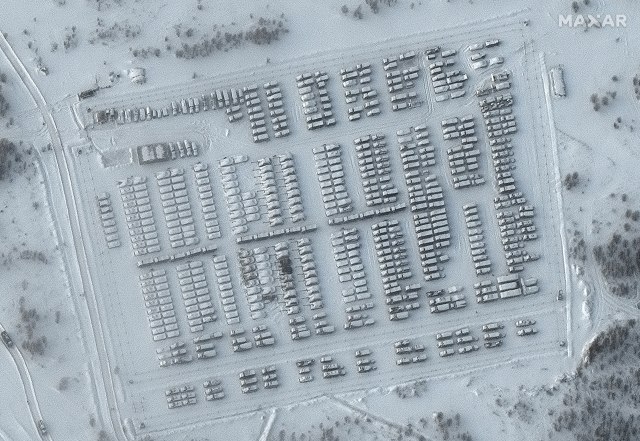 Russia has denied any possibility of invasion, but troops build-up has been recorded on satellite images in bases surrounding the northern, eastern and southern borders of Ukraine.

The American company Maxar Technologies stated that during this and last month, they recorded high-resolution images showing new deployments in Crimea, as well as in several training areas in western Russia, along the periphery of the Ukrainian border.

One of those areas is the city of Jelnia, in the northwest of the Smolensk region in Russia, 260 kilometers away from Ukraine. A military station is located here, and only 35 kilometers from the Ukrainian border, there is a military warehouse where about 20.000 Russian soldiers are deployed.

Allegedly, about 100.000 Russian soldiers are permanently stationed near the Ukrainian border, equipped with various weapons, tanks and a strong air force.

One of Ukrainian estimates, transmitted by CNN, says that there are about 106.000 ground soldiers and 21.000 members of the navy and air force.

One of the routes of the potential Russian invasion definitely comes from the sea, and the Russians build-up forces so that they can approach Ukraine via Belarus.

Several thousand soldiers are in Belarus for a joint military exercise, and the capital of Ukraine, Kiev, is only 150 kilometers away.

140 ships and auxiliary vessels, 60 planes and 10.000 people are participating in Russia's naval exercises.