After US Secretary of State Antony Blinken said that the United States had sent Moscow response to Russia's security demands, NATO representatives did the same. 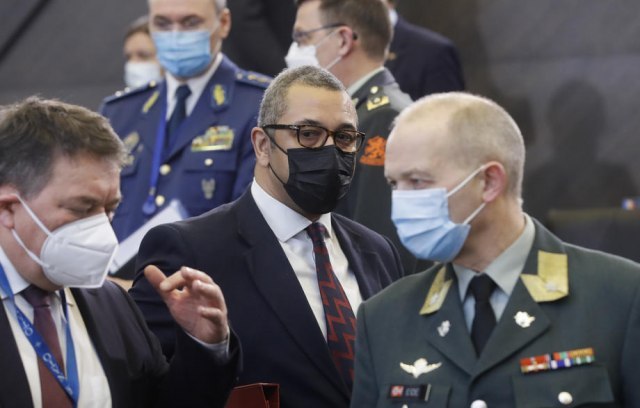 NATO Secretary General Jens Stoltenberg said that the representatives of that alliance, in coordination with the United States, sent requests to Moscow, which can be summarized in three areas, concerning NATO-Russia relations, European security and arms control.

In the context of NATO-Russia relations, Stoltenberg said Russia had severed diplomatic relations with NATO and made dialogue even more difficult.

"We should re-establish offices in Moscow and Brussels. We also need to improve communication channels between NATO forces and the Russian military in order to promote transparency in our work, but also reduce risks. Russia should also withdraw its forces from Ukraine, Georgia and Moldova, where they are currently deployed without the consent of these countries", Stoltenberg said.

When it comes to arms control, NATO Secretary General points out that history has shown that practical measures in this area can make a significant difference and improve relations between countries. "We propose joint meetings on exercises and nuclear policy to be discussed at the NATO-Russia Council. It is also necessary to modernize the Vienna Document on Military Transparency and work on reducing cyber threats," Stoltenberg said. He also stressed that Russia and NATO must hold serious talks on arms control. "Allies are ready to hold a meeting as soon as possible. NATO is a defense alliance and we are not seeking confrontation. However, we cannot and will not compromise on the principles on which our security, the security of Europe and the United States are based," Stoltenberg said. NATO Secretary General also referred to the deployment of additional NATO troops in Eastern Europe and said that diplomacy is a priority, but that all countries should be ready for the worst scenario. "In parallel with our diplomatic efforts, we are improving the readiness of our forces. We have increased our presence in the Baltic and Black Sea areas with more ships and planes. We also have additional supporting troops that can be deployed to key positions in the short term. It is the decision of the North Atlantic Council", said NATO Secretary General. In the end, Stoltenberg said that it was no secret that the positions of Russia and the West are still very far apart.

"A political solution is still possible, but Russia must engage and really try to calm the tensions. We have given our proposals and we are ready to listen to the Russian side. As for NATO membership of the countries such as Ukraine and Georgia, we've made it clear that we do not compromise. That is the basic principle of European security. We are not naive, whatever we agree on with Russia in different formats must be balanced and completely reciprocal," Stoltenberg concluded.